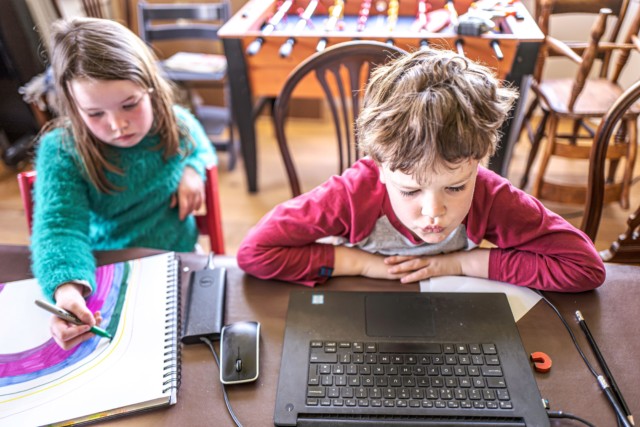 PRIMARY schools in London, Kent and Essex will be forced to close until at least January 18, the Education Secretary announced today.

Kids living in the worst Covid hotspots will be forced to start the new term remotely.

Primary school kids in some areas will start class remotelySchools in London, Kent and Essex will stay closed

In nearly 50 areas where infection rates are highest, all schools will have to close, including primaries.

These will stay closed even after all other pupils return on January 18, but will be reviewed regularly.

Vulnerable children and kids of key workers will be able to go to school, even in Covid hotspots.

Mr Williamson stressed today these rules would only apply in a handful of areas, and they would be allowed to reopen as soon as possible.

And Boris Johnson warned this evening it “may be necessary to take further action” by delaying the reopening of schools even longer in Covid hotspots.

The Education Secretary stressed schools were only being closed “as a last resort”.

He told MPs today: “We know how vitally important it is for younger children to be in school for their education, wellbeing and wider development.

“In a small number of areas where the infection rates are highest we will implement our existing contingency framework such as only vulnerable children and children of critical workers will attend face to face.”

Early years like nurseries will remain open nationally, as will alternative provision and special schools.

The reopening of secondary schools and colleges will also be delayed until January 18.

It comes after Matt Hancock announced another 20 million people would be thrown into Tier 4 from tonight.

All of the North East and most of the Midlands will be in the toughest lockdown rules from 12.01am tomorrow – and there are no areas left in Tier 2.

Millions more will be sentenced to Tier 3 rules – meaning pubs and restaurants will have to close.

Only the Isle of Scilly remains in Tier 1. Coronation Street – Is Peter Barlow going to die? The alcoholic writes a suicide...