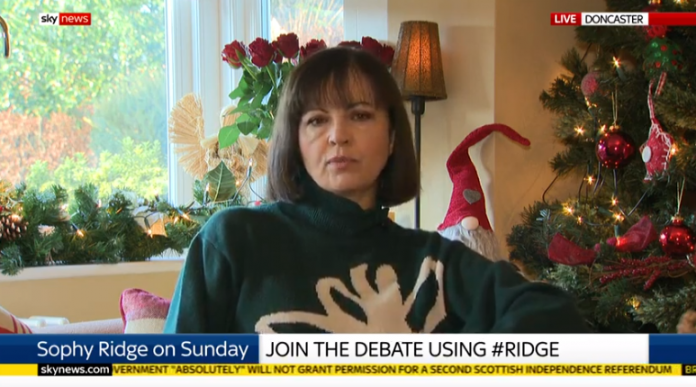 The ex-MP represented the Leave-backing Don Valley from 1997 until she was ousted by Tory candidate Nick Fletcher on Thursday.

When pushed on whether Mr Starmer should replace Jeremy Corbyn, MsFlint told Skys Sophy Ridge: Keir Starmer led us to a policy that didnt listen to Labour leave voices that urged caution.

He led us down a path of a 2nd referendum and Im afraid Emily Thornberry as well.

She said to one of my colleagues Im glad my constituents arent as stupid as yours.

She added: “We shouldnt for one minute think that a change of leader is going to create an election victory for us.

Ms Flint said anyone in the party who did not believe Mr Corbyn and Brexit were at fault for losing votes was “in denial”.

She said that ardent Remainers in the party were at fault for losing the trust of voters outside of metropolitan areas.

Ms Flint told Ridge: “I do believe that in pursuit of Remain, they have contributed to sacrificing 59 seats.

But dont worry weve got Putney and weve got Canterbury, with all due respect to Labour MPs in those constituencies I dont think it was worth it.

She added: I dont believe anybody who have been the architects of our euro policy in the past few years are credible to be leader, they wont win back these seats.
“I dont believe there is any credibility for these people.

There was an underlying scepticism among my voters on whether Labour could deliver.

This is a terrible time for the Lab party and the Labour movement.

Keir Starmer is a favourite to be Labour leader

PS5 UK stock updates – Argos and GAME could sell Playstations TODAY’ plus how...

Prince Philip ‘thought Harry and Meghan’s Oprah interview was madness and no good would...