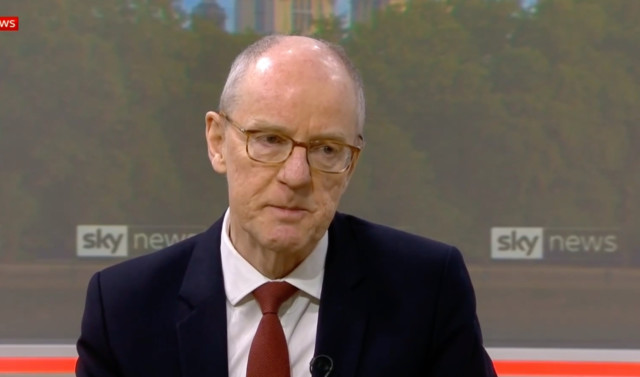 FURY was unleashed across the country after a Government minister said the Tiers system was “very effective” as 38 million are now in the top restrictions. Matt Hancock threw another 5 millions Brits into the toughest rules

Bedfordshire, Buckinghamshire, Berkshire, Peterborough, Hertfordshire, Surrey with the exception of Waverley, Hastings and Rother on the Kent border of East Sussex, and Portsmouth, Gosport and Havant in Hampshire will join most of the country in Tier 3 as of Saturday.

But this morning Mr Gibb repeatedly insisted the system was “very effective”, while refusing to rule out further lockdowns.

He told Sky News: “The Tier system is a very effective way of using test data that identifies where the local spikes in infection rates are and to focus the restrictions on those areas.

“It’s a way of focussing measures and it is a very effective system. It has worked in the North West, we have seen infection rates coming down.”

But fresh restrictions announced by the Health Secretary yesterday threw most of the South East into Tier 3 measures, days after London, parts of Essex and Hertfordshire were also given the toughest restrictions.

He said the decision not to put Coventry, Solihull, and Warwickshire into Tier 2 was “perplexing” after the areas had made “immense progress” with falling infection rates.

“We argued from a data point of view, and I was really optimistic that case would be won. The data was consistent with a move to (Tier) 2.

“Hugely frustrating for those areas, whose efforts, as yet, to get the virus down have not been rewarded.”

Tory MP Greg Smith blasted the measures, saying: “I cannot look a single one of my constituents in the eye and say that I believe these measures are reasonable or proportionate to the place we find ourselves across the Buckingham constituency, with respect to Covid-19.”

He added: “It is particularly galling given the commitments made to me only two weeks ago about a more granular approach and looking at the constituency separately from the rest of Buckinghamshire.” And Labour MP Andrew Gwynne slammed the tiering system for having “no roadmap to get out (of Tier 3).

He raged: “We have done everything the government has asked of us. It is not fair we are being kept in Tier 3.

“We are being held back and punished because of the Government’s botched Christmas relaxation rules.

“We are trapped in a tiering system with no roadmap to get out.”

Mr Gibb’s claims the Tiers are “very effective” come as fears have grown over a Tier 4 – or further national lockdown measures.

Health Secretary Hancock is understood to be considering additional curbs, including closing non-essential shops if mass testing fails to make an impact, The Times reported.

A Whitehall official told the paper: “There is a case for going further than Tier 3 and it is getting stronger.

“[That could mean] closure of non-essential retail, stay-at-home orders.

“That would have to be actively considered in conversation with the local authority.”

Mr Hancock has regularly encouraged rules to be stronger and has favoured tougher lockdown measures to save lives.

But he will be up against the Chancellor if he presses to close more shops, who is likely to demand they stay open to help the struggling economy.