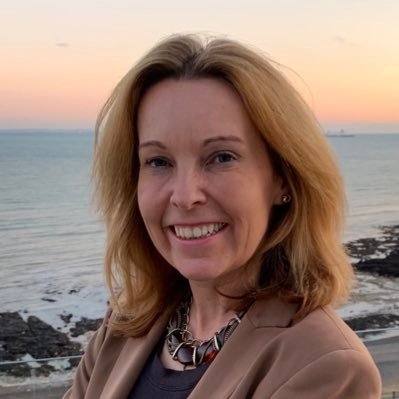 A TORY MP was today publicly disowned by colleagues for “cruelly” sticking the boot into devastated Marcus Rashford minutes after he scuffed his penalty.

The MP for Dover this morning made a grovelling apology – but was kicked by scores of enraged fans reeling from the Euros heartbreak.

Distraught Rashford was left head in hands after bravely stepping up to take a spot-kick – but firing it straight into the post.

But while supporters rallied round Gareth Southgate’s crushed team, Ms Elphicke caused a stir in the Tory WhatsApp group that today leaked.

She said: “They lost – would it be ungenerous to suggest Rashford should have spent more time perfecting his game and less time playing politics.”

The 23-year-old striker has been a thorn in the Government’s side throughout the pandemic and memorably forced a u-turn on plans to axe free school meals in the half-term holiday.

Labour MP Dawn Butler raged: “This football team has more grace style and class in their big toe than you in your whole ugly body.”

She even faced flak from her own side as senior Tory MP Simon Hoare brutally slapped down her remarks.

He scolded” Would it be ungenerous? Yes. Unwarranted? Yes. Wrong? Yes.”

Ms Elphicke – who succeeded her “naughty Tory” husband Charlie as the MP lin 2019 following his sexual assault conviction – quickly tried to quell the storm with a hasty apology paying tribute to the England squad.

She said: “I applaud the England team who gave their all in Euro 2020.

“Last night I shared the frustration and heartbreak of millions of other England fans.

“I regret messaging privately a rash reaction about Marcus Rashford’s missed penalty and apologise to him for any suggestion that he is not fully focussed on his football.

“Onwards to the World Cup and I look forward to Marcus Rashford’s contribution at that time.” Natalie Elphicke in the House of Commons chamber

Did you miss our previous article…
https://www.hellofaread.com/politics/boris-johnson-urged-to-hold-firm-on-july-19-unlocking-as-gov-says-masks-should-still-be-worn-indoors-despite-easing/

Prince William and Kate hope to be the first royals out of lockdown for...

Who is I’m A Celebrity 2020 contestant Hollie Arnold and when did she leave...

Love Island star looks unrecognisable in throwback snap – can you guess who?