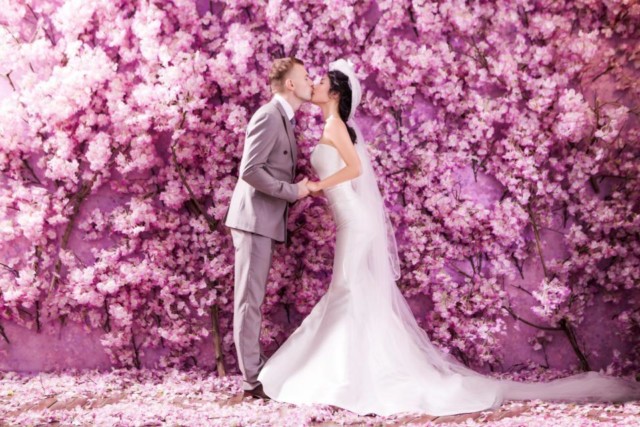 BORIS Johnson tonight dismayed couples tying the knot in the coming weeks by keeping the planned cap of just 30 guests.

And having a boogie at the reception remains banned – except for the bride and groom’s first dance.

The Prime Minister tonight stuck to his roadmap and said the current limit of 15 spectators would only be extended to 30 on May 17.

It came after a chorus of MPs, hospitality bosses and campaigners urged him to allow more guests in light of dwindling Covid infection rates.

“The wedding industry has been so hard hit for the whole of the past year and needs the support.

“It’s also such a special day for people – hopefully for most a one-off occasion – and lots will have already pushed it back.”

Draconian lockdown rules to stop the spread of Covid have muted the traditional festivity of ceremonies.

Dancing is not allowed, guests are not meant to sing too loudly and speeches should be given outside – although bands can now play indoors.

It means the PM himself will not be able to have a big bash with fiancee Carrie Symonds until after June 21, when all Covid rules are set to end.

His cautious approach has been met with frustration from wedding planners desperate for business after being starved of income throughout lockdown. “The wedding events industry – not to mention the patience of couples waiting to marry – have suffered for too long.”

Industry leaders are also angry that crowds are starting to return to large events while they remain stymied by caps.

Jessie Westwood, co-founder of What About Weddings, told HOAR: “It’s gone beyond frustration now. If we were showed data that weddings spread Covid, that would be understandable. But we have been given nothing.”

However the handful of permitted guests will from next Monday be allowed to stay overnight in hotels as domestic stays are extended to groups of six.

Yesterday just two deaths were recorded in the UK and less than 2,000 cases.

And today health chiefs downgraded the UK’s Covid alert level from the four to three.

But, unlike Nicola Sturgeon in Scotland, the PM has resisted calls to bring forward his lockdown waypoints to make sure they are”irreversible”.

Yet he did say that people will be given greater personal freedom to decide whether or not to hug close friends and family.

EastEnders spoilers: Suki Panesar kisses Eve Unwin as she finally opens up about her...

Chatting with another family in the street WOULD break ‘rule of six’ law, Priti...

Our Girl season 4 cast: Who stars in the BBC One drama alongside Michelle...