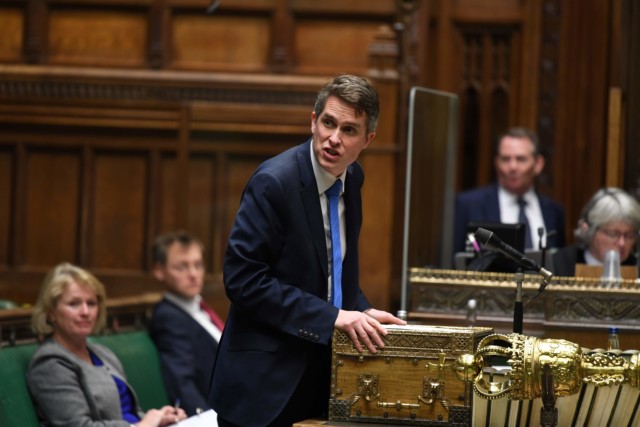 GAVIN Williamson rejected an offer of free and cheap internet for kids who can’t afford broadband.

The Education Secretary turned down free wifi vouchers from broadband giant BT’s because it was too difficult to hand them out “effectively”.

Students across the country have been forced to learn online again, after schools were closed in England’s third national lockdown.

Mr Williamson confirmed earlier this week kids unable to access classes remotely would be able to head into school.

BT’s chief exec revealed they had given the Government vouchers to help kids access the internet and the Department of Education had returned them, according to the Mirror.

Officials had “struggled to distribute” the vouchers effectively.

BT asked the Department for Education in spring last year, in the throes of the first lockdown, to identify families who could not access the internet.

The broadband giant offered to provide internet to them as a “priority” at cost-price.

Ms Owen had written to Mr Allera urging him to provide wifi to disadvantaged students.

In response to her letter, Mr Allera wrote: “BT was the first telecoms operator to have an offer for vunerable families, with BT Wi-Fi vouchers giving for free broadband access made available from June 2020.

“Unfortunately, the Department for Education struggled to distribute these vouchers effectively and handed them back to us.”

Some families will be able to get as much as an extra 20 gigabytes of data under the new scheme, depending on the provider.

Chair of the Education Select Committee Rob Halfon warned there are likely to be “hundreds of thousands” of students who are not able to access remote learning.

And Mr Halfon demanded the plan to get kids back in school by half-term was “signed in blood” after students were plunged into further chaos with the fresh closures.

HOAR has contacted the Department for Education for comment. EU ready to sign off three-month flextension today but UK can quit as...

Prince Harry wants to spend more time in UK and is determined to keep...