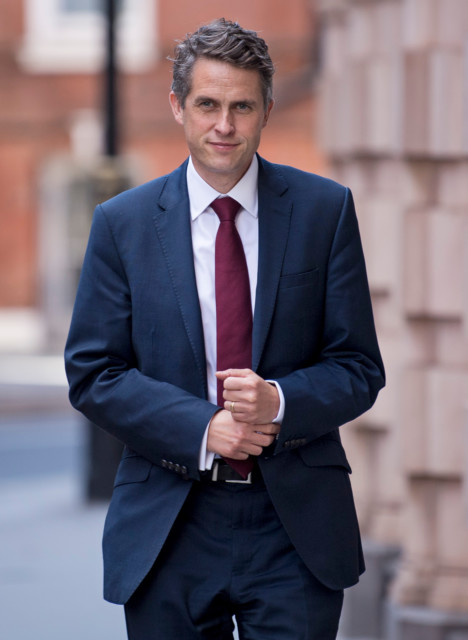 EMBATTLED Education secretary Gavin Williamson was warned that A-level and GCSE grades could be wrong weeks before the results fiasco, it has been reported.

The political dark arts master has defied calls to resign over the results debacle and is now said to be ‘on his last life’ – and could be swiftly sacked if schools reopening is botched.

A senior source at the Department of Education told The Times that Sir Jon Coles, a former director-general at the Department, wrote to Williamson early last month expressing concern about Ofqual’s controversial algorithm.

In the letter, Sir Jon warned that the model being used for GCSE and A-Level grading would at best only be 75 per cent accurate – resulting in hundreds of thousands of students receiving botched grades.

Ofqual’s own testing of the model found the accuracy of the model to be in the range of 50 to 60 per cent, the New Statesman reports.

According to the Times, Mr Williamson then held a video-conference with Sir Jon to discuss the points raised in the letter in mid-July.

However, the education secretary chose to push ahead with the plans anyway – fearing accusations of grade inflation or a delay to exam results.

A government source told the paper that Mr Williamson had raised the problems expressed by Sir Jon to Ofqual days after the meeting, but the regulator had given him reassurances there would be no problems come Results Day.

The report contradicts Mr Williamson’s claim that the scale of the problem related to Ofqual’s algorithms only became clear over the weekend. It comes as ministers and MPs told HOAR today that Williamson would not be able to survive another scandal next month if he blunders Mr Johnson’s flagship pledge to reopen schools.

And senior Tories reject claims Mr Johnson is protecting the former Chief Whip – who helped organise the PM’s successful takeover of the party – amid fears he “not only buried all the bodies but still has the shovel”.

One government insider said: “Gavin talks a good game but the People’s Government will not be blackmailed by anyone.”

The warnings came as Health Secretary Matt Hancock hinted that Mr Williamson had not been given the boot because of his crucial role in implementing Mr Johnson’s promise to parents that pupils will be back at their desks at the start of the new term.

And he insisted that all Ministers are “trying to do their best” in unprecedented circumstances “and I know that is true of Gavin Williamson”.

Mr Williamson is under intense pressure after he was forced to abandon the algorithm-based system for awarding A-level and GCSE grades in England.

The U-turn came too late for thousands of A-level students who have already made choices about universities based on the grades they were initially awarded, rather than the new system of using teachers’ assessments.

But Mr Hancock defended his fellow Cabinet minister, saying that he is focused on trying to get all children back to school for the new term after their education was disrupted by coronavirus closures.

“These are unprecedented circumstances and I think everybody is working their hardest and trying to do their best in very difficult circumstances, and I know that is true of Gavin Williamson as it is of all members of the Government.” He told Sky News: “The big focus is on getting schools back and open at the start of next month, an incredibly important task.

“I don’t think we should be distracted from that task now. We need to absolutely focus on it.”

Love Island fans say Gemma and Luca reunion will be ‘only good thing’ to...

European leaders make biggest leap towards superstate in 20 years by agreeing to pool...