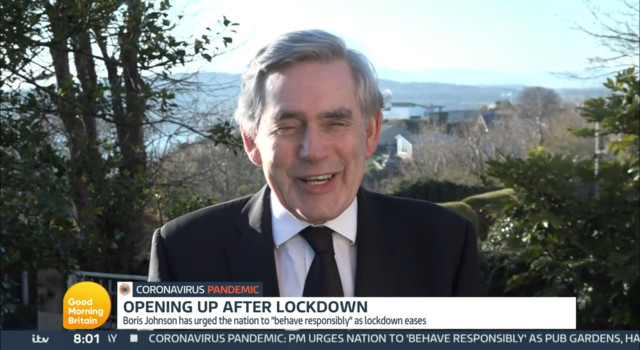 GORDON Brown has demanded a fresh legal crackdown to slap a five year lobbying ban on ex ministers in the wake of the David Cameron Greensill lobbying row.

The former Labour PM said the dodgy practice of former politicians cashing in on their links to government risks bringing politics “into disrepute”.

His fiery criticism came as Mr Cameron finally broke his silence last night by releasing a groveling 1,200-word statement admitting he should have acted differently – but refusing to apologise.

The ex-PM is under fire for sending texts begging Chancellor Rishi Sunak for millions of pounds in Covid bailouts for his new paymasters, Greensill Capital.

He is also reported to have been in contact with other Government ministers too after going to work for the firm after leaving No10.

Labour and other critics have demanded an investigation into the ex-PM and how he was able to lobby ministers without it being recorded internally.

This morning Mr Brown laid into his predecessor over the ongoing revelations.

He told the BBC: “I can’t comment on the individual detail of this but for me there are principles about public service – it cannot ever become a platform for private gain.

“If we can’t succeed in achieving this stopping by the sort of flexibility of the rules, we are going to have to pass laws to make sure that at least for, say, five years, no serving or former prime minister or minister is ever lobbying for any commercial purpose within government.

And today HOAR has learned that ministers and special advisers across Whitehall are today being asked to declare all contact with the former-PM over Greensill.

The Cabinet Office propriety team are looking into all reported contact.

Last night, Mr Cameron released a lengthy statement in which he accepted he should have communicated with the Government “through only the most formal of channels” and admitted that they were “lessons to be learnt”.

He said: “As a former Prime Minister, I accept that communications with government need to be done through only the most formal of channels, so there can be no room for misinterpretation.”

Boris Johnson has so far refused demands for an inquiry but one source told HOAR it “was getting hard to ignore”.

Did you miss our previous article…
https://www.hellofaread.com/politics/new-shop-out-to-help-out-10-off-voucher-scheme-would-boost-high-street-as-shops-reopen-experts-demand/

Nadine Dorries joins Priti Patel by QUITTING Cabinet & will not serve in Liz...