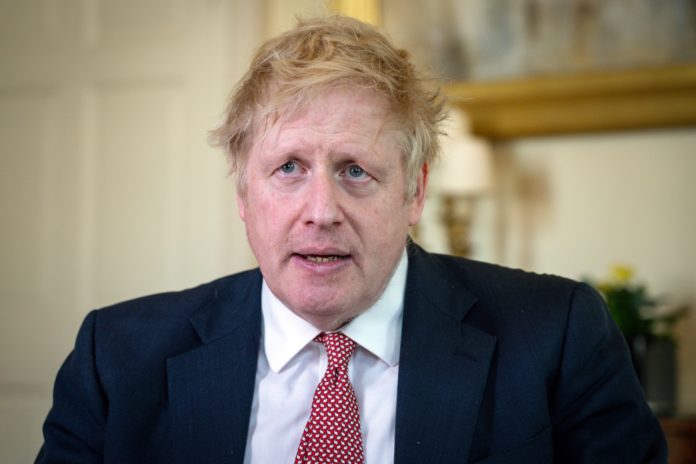 Ministers had earlier been forced to defend the PM over claims he absent from COBRA meetings held to discuss a possible pandemic coming out of China in January and February.

The Government was also accused of failing to organise mass testing quickly enough and for allowing stocks of protective equipment for NHS and care workers to dwindle.

But last night Downing Street authorised the release of a powerful statement shooting down claims made in yesterday’s Sunday Times.

Livid Number Ten officials released a 14-point assessment of the article which they said “misrepresents” their work.

“This article contains a series of falsehoods and errors and actively misrepresents the enormous amount of work which was going on in government at the earliest stages of the Coronavirus outbreak.

“This is an unprecedented global pandemic and we have taken the right steps at the right time to combat it, guided at all times by the best scientific advice.

“The Government has been working day and night to battle against coronavirus, delivering a strategy designed at all times to protect our NHS and save lives. The Prime Minister has been at the ‘helm’ of the response, said the statement

“Our response has ensured that the NHS has been given all the support it needs to ensure everyone requiring treatment has received it, as well as providing protection to businesses and reassurance to workers.

“The Prime Minister has been at the helm of the response to this, providing leadership during this hugely challenging period for the whole nation.”

The statement addresses claims that the Government failed to properly equip the NHS to deal with the crisis.

And it deals with criticism over the massive PE shortage and claims the government sent 279,000 items of its depleted stockpile of protective equipment to China.

The statement says: “The equipment was not from the pandemic stockpile. We provided this equipment to China at the height of their need and China has since reciprocated our donation many times over.

“Between April 2 and April 15 we have received over 12 million pieces of PPE in the UK from China.

“The Department for Health began work on boosting PPE stocks in January, before the first confirmed UK case.”

It also deals with claims that the Government thought the risk of Covid-19 was “low” and ignored warnings about the virus in the medical journal The Lancet.

Number Ten also queried one of the sources of the paper who claimed there had been a “failure of leadership” in Downing Street.

The statement said: “This anonymous source is variously described as a ‘senior adviser to Downing Street’ and a ‘senior Downing Street adviser’. The two things are not the same.

“One suggests an adviser employed by the government in No10. The other someone who provides ad hoc advice. Which is it?”

Earlier yesterday, Cabinet minister Michael Gove had admitted the Government had “made mistakes.”

But he defended Boris Johnson from accusations the Government had “sleepwalked into disaster” in the 38 days before the crisis started.

“Nobody can say the Prime Minister isn’t throwing heart and soul into fighting this virus.

“By definition all governments make mistakes, including our own and we seek to learn and to improve every day. His leadership has been inspirational at times.”

Fury as weddings still capped at 30 despite lockdown lifting – and dancing still...

Meghan Markle latest news – Pregnant Duchess ‘could be DITCHED from Royal Family along...