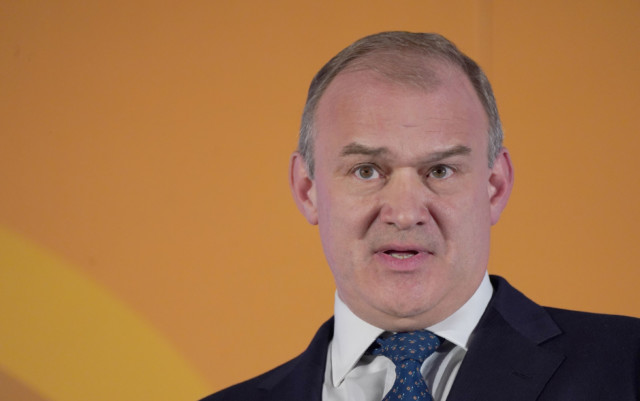 GOVERNMENT failings will cost households an extra £1,400 over the next decade, the Lib Dems say.

Families face a £480 water bills hit to tackle sewage, the £200 energy “loan” and a £720 levy on eight new nuclear plants, the party claims.

They warn people face bills of £60 per year until at least 2090 after the Tories voted against plans to ban the dumping of raw sewage into rivers, lakes and the sea.

And an increase of £96 a year for the eight nuclear power stations could hit homes by 2030, they estimate.

The cost of extra bills is expected to peak in 2027 at an extra £160 a year, the Lib Dems’ analysis has shown.

Party leader Ed Davey said: “It is a disgrace the public is being asked to pick up the tab for the Government’s failures, from sewage dumping to energy.

“People won’t stomach their bills being hiked to clean up their mess.” He said the Lib Dems would hit energy firms with a windfall tax and cut VAT to 17.5 per cent to save families £600 per year.

A government spokesman said: “The Chancellor has provided over £9billion to help households tackle rising energy costs, and has invested £22billion in total to tackle the rising cost of living.”

Did you miss our previous article…
https://www.hellofaread.com/politics/labour-candidate-under-fire-after-branding-hero-president-volodymyr-zelensky-a-fascist/

Zara McDermott admits being ‘skinny-shamed’ was ‘tough’ to handle as she reveals 2st weight...

I was on The Masked Dancer and these are the behind the scenes secrets...

Did Stephen Bear make a video of Georgia Harrison?