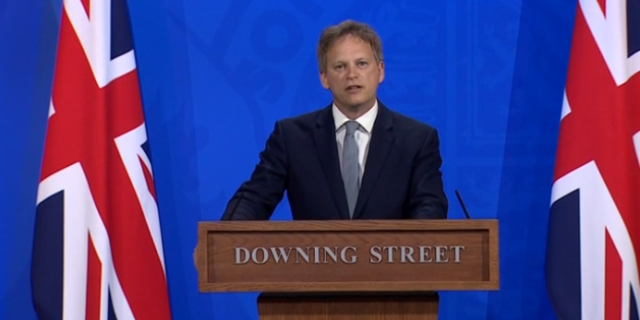 GRANT Shapps has tonight revealed the list of countries where Brits can go on holiday from May 17 – with Portugal, Israel and Iceland on the green list.

The Transport Secretary announced at tonight’s press conference that Brits can FINALLY get their foreign getaways booked in, but the list of green list areas is very short.

And New Zealand and Australia are also on the list – but they have their own entry requirements and are unlikely to let in tourists at the moment.

France, Greece and Spain are NOT yet on the green list, meaning Brits will have to wait until at least June 7 to find if they can go on holiday there this summer.

Brits are advised not to book anywhere on the amber list, just in case things get worse and it turns red.

But it means that going on holiday will no longer be illegal from May 17, finally giving the go-ahead for travel.

Anyone coming back to Britain will still have to take a pre-departure tests up to 72 hours before they travel.

And Turkey, Nepal and the Maldives are to be slammed on the red list, Mr Shapps said tonight – meaning Brits coming home will have to quarantine in a hotel for 14 days and pay £1,750 for the privilege.

The news could put the Champion’s League Final in doubt, which is meant to be held in Turkey between Manchester City and Chelsea.

The Government will also be publishing a green watchlist in the future, to provide an indication when a country is identified as a candidate for a changing country. A handful of countries were given the green light in a new travel traffic light system based on jab roll out and Covid rates – meaning Brits can visit with just two tests on their return.

Only green countries will be quarantine free, with Brits able to avoid self–isolating for 10 days on their return.

Tests will still be required, with a pre-arrival test before returning to the UK, and a second test on day two.

The next review is set to take place in three weeks – so on May 28. Did you miss our previous article…
https://www.hellofaread.com/politics/london-mayor-election-sadiq-khan-on-course-to-win-against-shaun-bailey-as-votes-counted-across-the-capital/

Nissan vows to PULL OUT of EU and boost UK hub if Brussels blocks...

Bitcoin surges to three-year high after climbing to £13,900