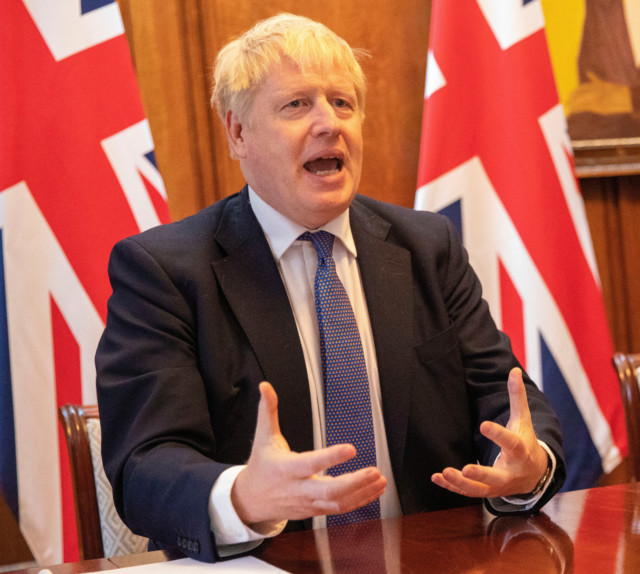 HALF of the UK will be in lockdown from Saturday, sparking furious claims that London was being “sacrificed” to appease a northern rebellion.

Another 11 .5million Brits will be under draconian controls as London, much of Essex and large parts of the North are put into Tier Two restrictions. In addition, PM Boris Johnson was preparing to address the nation as soon as Friday afternoon, when he is expected to announce that Lan­cashire and the North East are to be put into Tier Three.

It came as Greater Manchester’s Labour Mayor Andy Burnham refused to support tougher lockdown measures for the city unless 80 per cent of wages are paid for businesses forced to shut.

The latest restrictions in England sparked fury among Conservative MPs who accused the PM of smuggling in a national lockdown by the back door.

They believe he has sacrificed businesses in London to kill off claims he was punishing the North with a stricter lockdown.

But No 10 angrily rejected the claim, warning the virus numbers are going the wrong way in the capital. In the North, Tories dramatically united with Labour in Manchester and Lancashire to defy a No 10 bid to slap them with even tougher restrictions.

But Mr Johnson’s expected announcement would isolate Mr Burnham from his hardline position of refusing to accept the high-risk area restrictions until he receives a bailout, ministers believe.

Mr Burnham said the PM could kill off hundreds of thousands of jobs unless the Treasury coughs up more furlough money.

He said: “They are asking us to gamble our residents’ jobs, homes and businesses and a large chunk of our economy on a strategy that their own experts tell them might not work. We would never sign up for that.

“Greater Manchester, the Liverpool City Region and Lancashire are being set up as the canaries in the coalmine for an experimental regional lockdown strategy as an attempt to prevent the expense of what is truly needed.”

Other Tories across Manchester united to try to kill off the move. One tore into Health Minister Helen Whately’s bid to sweet-talk them to sign up to Tier Three measures, which would close pubs and stop households mixing even in gardens. The MP told HOAR: “It was a prime example of how to p*** people off rather than bring them with you. Helen Whately isn’t exactly the biggest calibre gun in the Government’s armoury.

“It would be politically crazy to try to impose something against universal opposition.”

Announcing the tough restrictions, including a ban on household mixing, he warned: “Things will get worse before they get better.” And in a furious swipe at Mr Sunak — who has warned against stricter measures for the sake of the economy — he said the only way to save the economy is to lock down.

‘WE MUST ACT NOW’

“The virus comes down slower than it goes up.

So we should stop it going up in the first place and, unless we suppress the virus, we cannot return to the economy we’ve had, we cannot keep non-Covid NHS services going and we cannot keep the elderly and vulnerable safe and secure.”

London, Essex, York, Chesterfield, Elmbridge in Surrey, Barrow-in-Furness, North East Derbyshire and Erewash, Derbys, will all go into Tier Two from 12.01am Saturday.

People will be banned from meeting indoors anyone with whom they do not live. This includes in pubs and other venues. They can meet outside but the rule of six applies.

In Essex, Southend and Thurrock will be spared restrictions for now as they are unitary authorities.

Overall, 28.3 million in England are now under stricter restrictions.

But ex-Tory leader Iain Duncan Smith said it is “nonsense” to put London into lockdown as infection rates are nowhere near as high as in northern Covid hotspots. 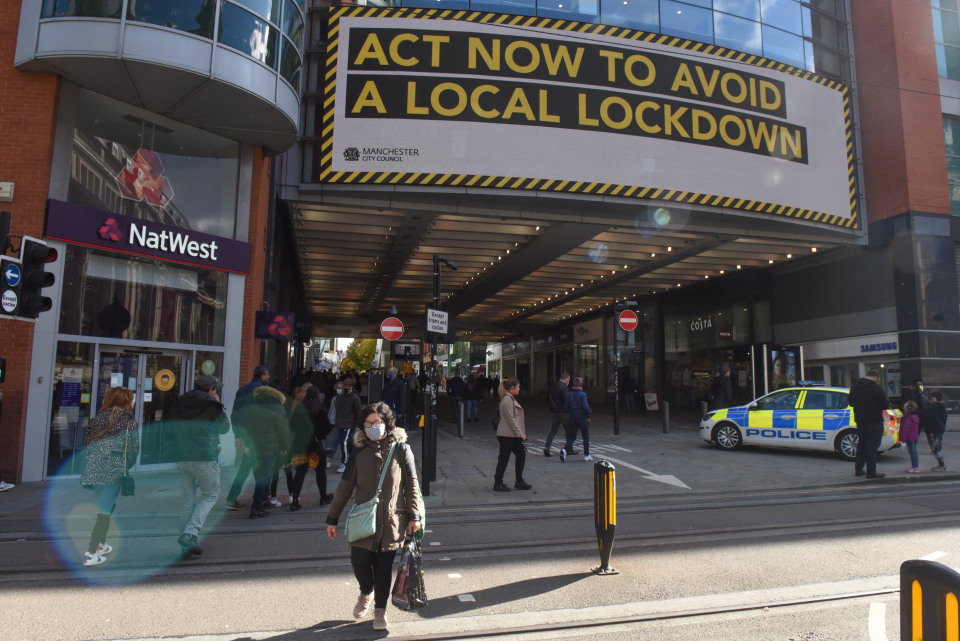 Further restrictions are set to come into force in Manchester, where infections are rising rapidly Millions of Londoners are heading into stricter lockdown measures He said: “I fear that we are seeing national lockdown done piecemeal. There is nothing to suggest that London should go into Tier Two. They have only done it to kill off the argument that there is a North-South divide.” Holidaymakers ‘left out of pocket’ and ‘forced to sleep on beaches’ after arriving at...

Public Health England accused of being ‘rabbits in the headlights’ and ‘not fit for...

You can use the toilet when visiting your friends and family in England in...