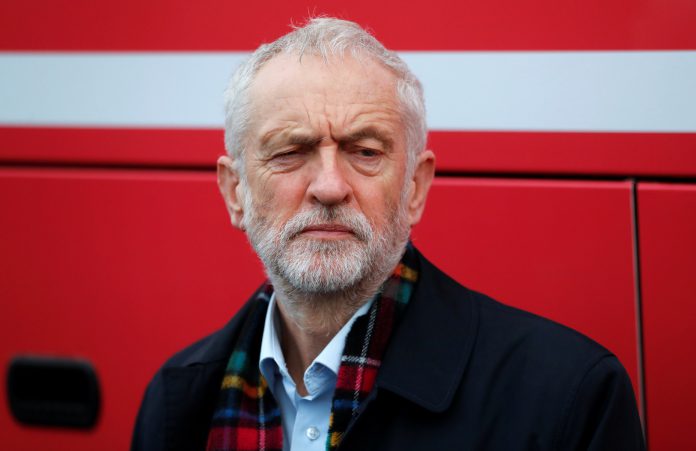 JEREMY Corbyns leftie-army has been given a pamphlet to help them defend claims the Labour boss is a terrorist supporting anti-semite.

Activists can look to the guide when Brits grill them on Mr Corbyns views on anti-semitism, Trident, terrorism and Brexit.

Momentum drafted the leaflet titled Having Difficult Conversations On The Doorstep, the Huffington Post reports.

Mr Corbyns leadership has been dogged by allegations of anti-Semitism in the party with MPs quitting in protest and a criminal investigation into hate-crime launched.

But if activists find themselves in a tricky spot on the doorstep, the Momentum document suggests they simply stress that Labour was collaborating with members of the Jewish community on an education programme.

It also adds that people should be told how few official cases of antisemitism have been reported.

The memo comes after a disastrous few days for the Labour leader on the campaign trail in Scotland where he said ISIS chief Abu Bakr al-Baghdadi should have been arrested not killed.

He said detaining murderous al-Baghdadi would have been the “right thing to do”.

Mr Corbyn was slammed by the Tories in the last election for being an IRA sympathiser after he said Britain was wrong to seek a military solution in the 1980s in Northern Ireland.

But if activists are confronted by the Labour boss past opinions on terror groups they are to reply preventing terrorism means not fuelling the war on terror because that could lead to a backlash at home.

Labours Brexit policy has been blasted as muddled with voters on each side of the debate looking to other parties for a clearer mandate.

However, the pamphlet advises supporters to tell voters that Labour is the best bet for Remainers who want to stop Britain leaving the EU.

The partys immigration policy also remains unclear so activists are told to reassure Brits that they have more in common with migrants than billionaires or people like Boris Johnson.

However, for upper or middle class voters who are unsure about backing Mr Corbyn Momentum advises supporters to press on climate change and their children getting on the property ladder. London councillor accidentally sets his notes on FIRE while trying to light a candle...

Love Island’s Curtis Pritchard thanks cruel trolls for fat-shaming him as he shows off...

I begged EastEnders bosses not to kill my character off by suicide before near-death...