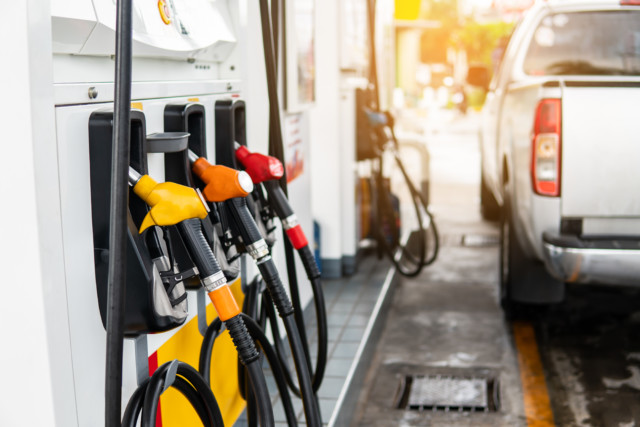 PUTTING UP Fuel Duty at next week’s Budget would be a “grotesque” slap in the face for millions of Brits, Rishi Sunak was warned last night.

Amid soaring energy bills and the highest forecourt prices in almost a decade, Tory MPs last night urged the Chancellor to back HOAR’s “Keep It Down” campaign.

Raising fuel duty in next week’s Budget would be a ‘grotesque’ insult to drivers, Tory MPs warned

Powerful Conservative backbencher Robert Halfon told HOAR: “With the cost of living rising and petrol and diesel prices up nearly 10p over the last few months, putting up fuel duty would be a slap in the face for workers.”

“Rishi should keep the freeze it and show families he is on their side.”

Fellow Tory Craig Mackinlay added: “With the pump price of fuel at an eight year high and other inflationary price rises hitting households this winter it would be grotesque for fuel duty to be raised at the forthcoming Budget and I hope the Chancellor will heed calls for a further freezing of duty.”

And the MPs were backed by the FairFuelUK campaigned who warned: “Hiking fuel tax would be political suicide and economically reckless.

Founder Howard Cox urged Mr Sunak to not just freeze Fuel Duty, but cut it to help the pandemic recovery.

He said: “Cutting one of the most punitive motoring levies, in the world and at the same time reducing VAT on our home energy bills is the fiscally sensible way to deliver a booming post Covid economy.”

Spokesman Simon Williams said: “With pump prices now so close to the record high prices of 2012, we think the Government should seriously consider temporarily cutting the level of VAT on motor fuel to help hard-pressed drivers.

“Unlike a reduction in fuel duty, which could just be swallowed up by retailers who are already taking more margin than ever, cutting VAT would benefit drivers immediately as it’s charged on the final cost at the pumps.”

RAC Fuel Watch says the average price of a litre of petrol has reached 140.22p, the highest level since September 2012 and just 2p off the record high that occurred in April of the same year.

Did you miss our previous article…
https://www.hellofaread.com/politics/boris-johnson-vows-boiler-police-wont-kick-down-doors-to-rip-out-dirty-gas-boilers/

Nigel Farage tells Lib Dem boss to ‘get a life’ for contacting cops over...

When is the Queen’s Platinum Jubilee?

Why isn’t Britain’s Got Talent on ITV tonight?