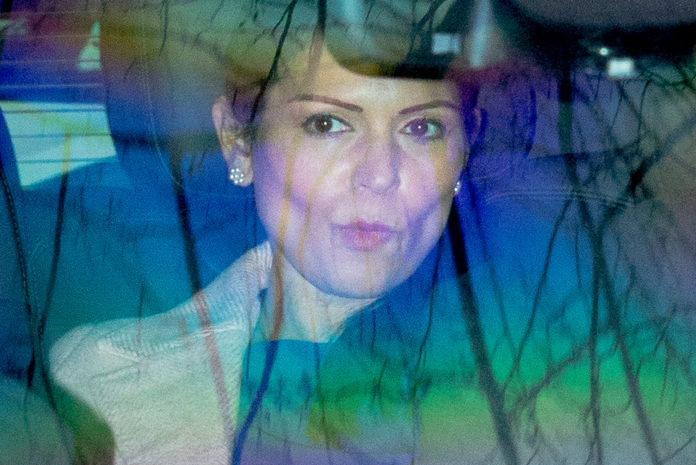 PRITI Patel has been accused of bullying a third senior civil servant out of his job, and so badly that he signed off with stress.

It was claimed last night that the embattled Cabinet minister repeatedly harassed and belittled her private secretary while she ran the Department for International Development.

After six months of the alleged abuse, the senior civil servant – who ran Ms Patel’s office in the ministry – eventually signed off sick with a stress-related illness and asked to be moved.

The new claims are the third serious allegation of bullying to hit Ms Patel, and across three separate ministries.

But Ms Patel adamantly denied the fresh claims as “completely false”, and allies blamed a vendetta against her by a civil service faction.

The new allegation was made to HOAR by a friend of her former private secretary, who was also a senior figure who worked at DIFD at the time.

The friend said: “She was utterly appalling to him, really nasty and demanding all of the time.

“She bullied the f*** out of him to the point he got ill and asked for a move.”

Two other officials who also worked in the department corroborated the friend’s claims, with one dubbing Ms Patel’s behaviour as “really shocking”.

DFID’s top mandarin at the time, Permanent Secretary Sir Mark Lowcock, was called in to defuse the situation, the friends also say.

He arranged for her private secretary to go on secondment from DFID to attend a prestigious course.

Ms Patel was also known to have clashed bitterly with Sir Mark, who also left DIFD under her tenure to join the UN as Under-Secretary-General for Humanitarian Affairs .

HOAR has agreed not to name the senior civil servant, who has returned to DFID and now holds a senior role.

A friend of Ms Patel hit back to dub it “gravely concerning” that a small number of “unelected civil servants” are continuing to brief against her.

Ms Patel had made it clear on arrival at the ministry that she wanted to bring in her own private secretary to run her office and there was no bad feeling between her and the private secretary, her allies countered.

One ally added: “A small number of civil servants are now actively trying to undermine a senior member of the elected government.

“Good on Priti for ignoring them and instead focusing on delivering on what the British people want – a reduction in crime and control of our borders.”

Ms Patel arrived at DFID after being promoted to Development Secretary by Theresa May in July 2016 with a determined agenda to reform the ministry and focus aid spending far closer on the UK’s national interests.

She had previously called for the department to be scrapped.

It has also emerged that a former aide to Ms Patel was given a £25,000 payout after she took an overdose of prescription medicine following her alleged bullying.

The incident took place while she was Employment Minister in the Department for Work and Pensions.

Today’s new revelation comes as Labour called on Ms Patel to stand aside while the Cabinet Office inquiry continues.

In an email to all Home Office staff last night, Ms Patel said she “regrets” Sir Philip’s decision to resign.

She said she “deeply cared” about the “wellbeing” of her civil servants and valued their professionalism, adding: “It is now time for the Home Office to come together as one team”.

When DFID was approached by HOAR about the new allegations, a Government spokesperson said: “All ministers are subject to the Ministerial code. We do not comment on individual personnel matters.”

Molly-Mae Hague reveals she ‘hates Christmas’ for a heartbreaking reason saying it’s when her...

European leaders make biggest leap towards superstate in 20 years by agreeing to pool...