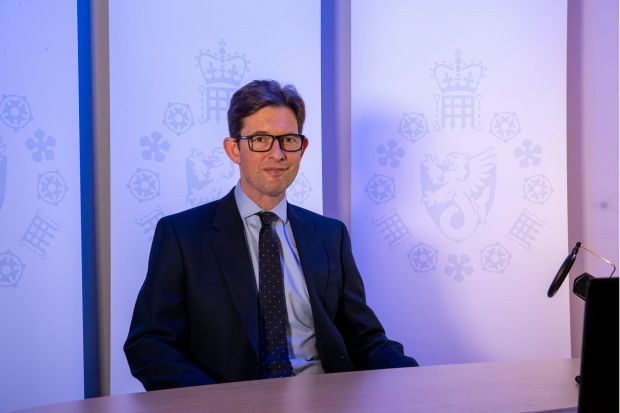 He used his first interview in the job to warn that the danger posed by menacing Russia and China was “growing in severity and complexity”.

Mr McCallum told Times Radio: “It’s not just about espionage, the stealing of state secrets any more… it’s quite a wide range of abilities to interfere with our economy, with our academia, with our democracy, with our society, until the interference is a much wider and more complex challenge.”

The spymaster also railed against Silicon Valley giants like Facebook for giving terrorists a “free pass” by allowing them to plot in secret.

Mr McCallum told Times Radio: “If you have end-to-end default encryption with absolutely no means of unwrapping that encryption, you are in effect, giving those rare people – terrorists or people who are organising child sexual abuse online, some of the worst people in our society –  a free pass where they know that nobody can see into what they are doing in those private living rooms.”

At 46, the youngest director-general of Britain’s security service has previously warned terrorists were trying to hack people working from home in the pandemic.

Mr McCallum stressed he was not trying to create a Big Brother state with a “camera in everyone’s living room” but wanted the tools to foil terror plots.

A Facebook spokesperson said that “strong encryption is essential to keep everyone safe from hackers and criminals and is already the leading security used by many services.”

Did you miss our previous article…
https://www.hellofaread.com/politics/plastic-bag-charge-to-double-to-10p-from-today-as-shoppers-face-1bn-bill/

The Queen always wears gloves to greet guests because theyre a useful barrier against...