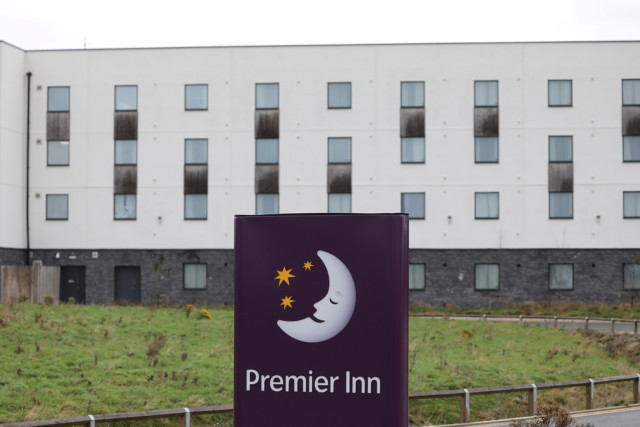 JUST 16 hotels with 5,600 rooms have signed up for a hotel quarantine deal with the Government so far – despite 1,400 people flying into the UK every day from hotspot countries.

Matt Hancock told the House of Commons today Brits will have to pay a whopping £1750 for the 10 day stay.

Ministers have signed up just 5,000 rooms so far – with just days to go before the launch Matt Hancock in the Commons today made the announcement

The quarantine hotels policy is due to come in on Monday – after weeks of delays as ministers ironed out the details.

But nowhere near enough hotels are yet ready for the launch.

It’s estimated that nearly thousands of people a day are flying into the country from hotspot countries at the moment – meaning they will currently run out of space after just FOUR days.

From next Monday anyone coming in from more than 30 countries will all be ordered to stay in quarantine hotels for 10 days.

But today Mr Hancock confirmed a significantly tougher policy for everyone flying into the UK to stop new variants coming in and putting at risk Britain’s vaccination programme.

He told the Commons: “Just like flu and all other viruses mutates over time. And so responding to new variants as soon as they arise is mission critical to protect ourselves for the long term.

“I make no apologies for the strength of these measures, because we’re dealing with one of the strongest threats to our public health that we’ve faced as a nation.”

People will be ordered to have a negative test before they fly, and then do two tests while they are in the hotel – on days two and eight.

If those tests come back positive they will have to isolate there for a further ten days.

Mr Hancock added: “The combination of enhanced testing and sequencing has been a powerful weapon through this pandemic. And we’ll be bringing it to bear so we can find positive cases, break the chains of transmission and prevent new cases and new bearings from putting us at risk.”

Anyone who leaves the quarantine faces a whopping £10,000 fine.

And people who lie about where they have been on holiday to try and avoid the quarantine could even face a 10-year jail sentence too.

The new rules will apply to England only, but similar rules will come in in Scotland too.

The threat of jail will close the loophole that has been used by passengers to get around stricter quarantine measures.

Irish officials this week said they were toughing up their own border after hundreds of Brits flew to Dublin from Dubai to get around the rules.

Airliners had to put on extra flights to meet the demand of canny passengers.

Irish Foreign minister Simon Coveney said he is open to sharing passenger data on people travelling from Dublin into Britain with Whitehall to increase a crack down on offenders.

The Government only put the contract out to hotels for the quarantine plans on Friday – leaving little time to secure the thousands of hotels needed to house everyone.

Britain will follow the strategy seen in Australia and New Zealand – where they have used quarantine hotels throughout the pandemic and seen relatively small cases in their countries.

Mr Hancock spoke to his counterparts over there last week to find out more about how their systems could work. Travellers will have to take more tests during their Covid quarantine

But the moves will be a nail in the coffin to the travel industry as Brits think about booking their summer holidays abroad.

It will force the costs for going abroad up – as passengers will have to pay hundreds of pounds to stay in the hotel, and for the tests.

Paul Charles, chief executive of travel consultancy The PC Agency called on the government to propose an exit strategy so that the travel industry can plan for the future.

He said: “The Government needs to signal that it is looking to loosen border restrictions again from April, when there will be much less pressure on the NHS and infection/mortality rates will be lower.

“What is the exit route out of this? Travel cannot work on the short-term whim of Government.” Hollyoaks’ Davinia Taylor reunites with son Grey, 12, for the first time in four...

Molly-Mae fans convinced they already what she’ll name her baby after ‘clue’ in Love...