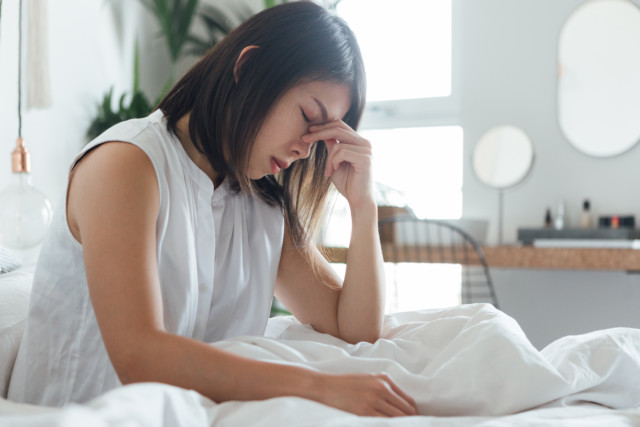 BRITS stuck in bed will no longer be forced to drag themselves to the GP to get a sick note.

New rules – which kick in today – mean nurses, occupational therapists, pharmacists and physiotherapists can all legally write them for workers to get signed off.

Sick notes are required to prove to bosses why a person needs more than seven days off work.

But previously, only GPs could sign them off, forcing people to go to their doctors surgery.

It also means that claiming benefits could be made easier for those who are signed-off long term and need cash help from the state.

The move will also provide help for anyone who needs a sick note to claim Universal Credit.

The change has been brought in to reduce pressure on millions of doctors, who are already facing record long-waiting lists after Covid.

The new rules will apply across England, Scotland, Wales, and is being mirrored in Northern Ireland.

Health and Social Care Secretary Sajid Javid said: “Slashing unnecessary bureaucracy is key to ensuring more patients can see their GP quickly and get the care they need as we bust the Covid backlogs.”

He wants them to be able to deliver an extra 50million appointments a year by 2024, but many doctors are bogged down in paperwork and other admin which ties them up.

It comes after the rules were relaxed back in April which meant they could be signed digitally, rather than on pen and paper.

Figures from April this year show a shocking 6.48 million people are currently waiting on NHS treatment.

More than 300,000 of those have been watching the clock in anticipation for over a year.

Mr Javid this week said there have been “completely unacceptable levels of care” in some areas of the health service.

Alongside changing the way Brits can get their hands on a sick note, the Health Secretary has promised a “digital revolution” to speed up access to the NHS.

The NHS app will soon have a range of new features including being able to directly chat with a GP, manage hospital appointments and access records. Sajid Javid has vowed to crack down on annoying NHS bureaucracy

Did you miss our previous article…
https://www.hellofaread.com/politics/grant-shapps-to-hold-weekly-meetings-in-limp-plan-to-solve-air-travel-crisis-amid-hundreds-of-cancelled-flights/

I’m a lip reader and these are the clear instructions Prince William gave Kate...

Love Island’s Molly-Mae breaks down in tears as she hits back over heartbreaking death...