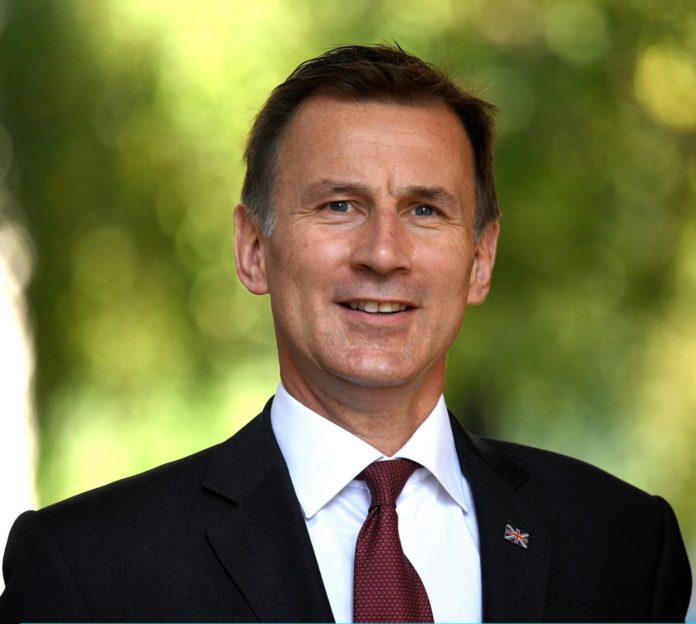 HUNDREDS of thousands of lives could be at stake if Britain can’t contain Coronavirus, the former health secretary admitted today.

Jeremy Hunt said this morning that the worst case scenario was if a whopping 70 per cent of people became affected.

Speaking this morning – as the 19th case of Coronavirus was reported in Britain – the former Tory leadership contender said ministers needed to do more to warn the public about the risks to come and what might happen.

And there would be huge social and economic consequences involved if the county is unable to get a grip on the virus as is continues to spread.

He told Sky News: “Our worst case scenario is 70 per cent becoming affected.

“Hundreds of thousands of lives could depend whether we could keep the infection levels down to 10 per cent, or five per cent.”

Boris Johnson needed to be looking at the “trade offs” involved in shutting schools and cancelling events like in other countries, he said.

He said that Parliament would look “sympathetically” if ministers needed extra powers to force people into quarantine.

But he stressed that most of the public would be willing to cooperate with “sensible measures, even if it is not mandated”.

Mr Hunt, who is now the chair of the Health Select Committee, said: “I think we do need to prepare ourselves for what might happen, even if it’s not our central projection.”

He said it was an “absolutely critical moment in the evolution of the virus” and this week’s stock market plummet has shown the impact of it will not only be confined to China.

However, he said he hoped that the virus could – like the flu – be easier to contain as the weather gets warmer.

Economists are even predicting that Italy and Germany could even dip into recession as a result of the epidemic.

Brits are facing months of Coronavirus crisis with sporting events and gigs cancelled to stop the spread of the killer bug.

Chief Medical Officer for England Prof Chris Whitty has said the UK will have to consider axing mass gatherings if the “virus intensifies”.

An emergency shutdown could mean this summer’s Euros tournament, Premier League games, the FA Cup Final, Grand National and Glastonbury are all under threat.

Even the famous April London Marathon could be called off as organisers say said they are “monitoring” the situation.

More than 40,000 runners take part each year with thousands lining the streets of the capital to cheer them on – but large public gatherings could soon be banned tostem the spread.

If the UK struggles to stop the infection gripping the country gigs and plays could too be postponed, in emergency plans being drawn up.

The country could even follow Japan’s extreme measure ofclosing all schools for a month or longer. This could see millions of parents forced to stay at home to look after their kids. Some worried Brits are even setting up isolation rooms at home in case coronavirus shuts down communities.

Boots, Superdrug and Waitrose alsosold out of antibacterial hand gel as panicked people bought up supplies to fight the bug.

Coronavirus has already caused 15 schools to shut this week – with a further 25 turning away pupils and teachers.

And doomsday planning could see an overwhelmed NHS call on a“Three Wise Men” protocol where three senior doctors choose who gets precious beds and treatment.

Im a Celeb fans turn on James Haskell after he slams his campmates over...

Amanda Holden leaves fans wondering if she mimed her BGT performance after she reveals...

Emmerdale fans horrified as Dotty is nearly burnt alive inside a tent after campfire...