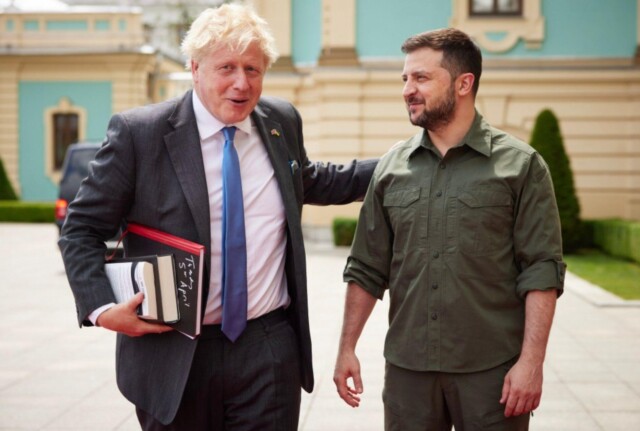 UKRAINE’S hero president says he doesn’t want Boris Johnson to disappear from the world stage – but vowed that his country will stand by the new PM.

Volodymyr Zelensky said the current Prime Minister’s support is “from the heart” in a moving interview for Piers Morgan’s TalkTV show Uncensored.

Sitting beside wife Olena Zelenska, the president said that he will “cooperate closely” with either Liz Truss or Rishi Sunak.

“It will be the same close relationship with the UK and Ukraine,” he said.

“I know those two candidates are very respectful and have the support of people from the UK.

“We know about the support, the positive strengths of those leaders.”

“I have no right to play in politics inside the UK,” he said.

“What I can say is, he is a big friend of Ukraine. I want him to be somewhere in politics in a position to be someone.

“I don’t want him to disappear, but the decision is in the hands of British people.

“Whatever position he takes, I am sure he will be with the Ukrainian people. That is from the heart.”

The PM is already preparing for his new life after Downing Street – as a special envoy for Ukraine.

He and the First Lady held hands as they told Piers they treat their interviews as “dates” – as they so rarely get to spend time together.

Olena joked: “Thank you for this TV date.

“Volodymyr lives at his workplace, I am with the children, but we are in another place.

“But it is the same story for all Ukrainians – too many are separated, waiting for victory to get back to normal life – to be reunited again and just to lead normal lives like ordinary people live.”

Zelensky added: “This interview is one of the good opportunities for us to see each other. This is very important for us. As you know, we are all human beings, and we have to be strong.

“Sometimes we want to have someone close to be next to us and that is what you miss in these moments.

“It is impossible to get used to it. Everything else you can get used to.”

And he said the most frightening thing about tinpot despot Vladimir Putin is that he’s sane.

“He understands what he’s doing, and how many people he kills,” he said.

President Zelensky’s support for the two leadership hopefuls comes after it was revealed Mr Sunak appears to be on the back foot with Tory voters.

A poll revealed almost 40 per cent of those polled believe Ms Truss is more in touch with the country’s worries.

Just 18 per cent of those quizzed believe Mr Sunak has a better grip of the concerns faced by ordinary people.

The results of the Opinium survey were revealed by Kate McCann as she returned to TalkTV tonight hours after her dramatic collapse as she quizzed both politicians. 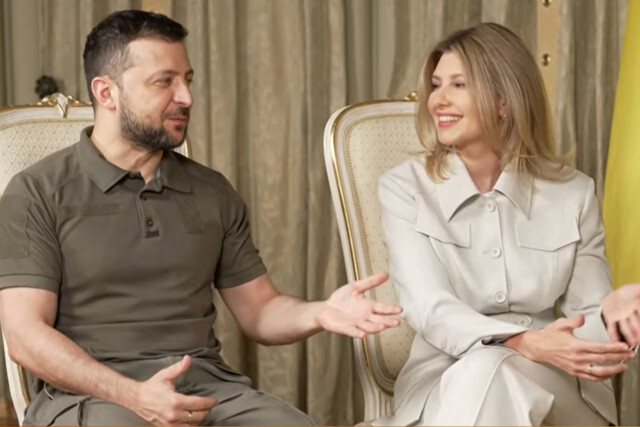 Elsewhere, the couple said their marriage is only growing stronger despite Russia’s invasion 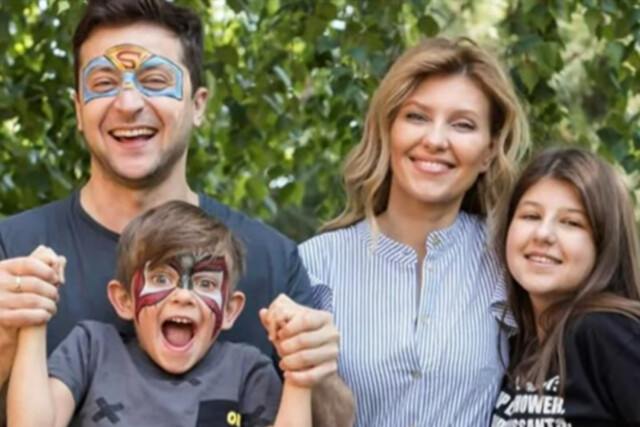 Zelensky rarely has the chance to see his children, who have been forced to live apart from him 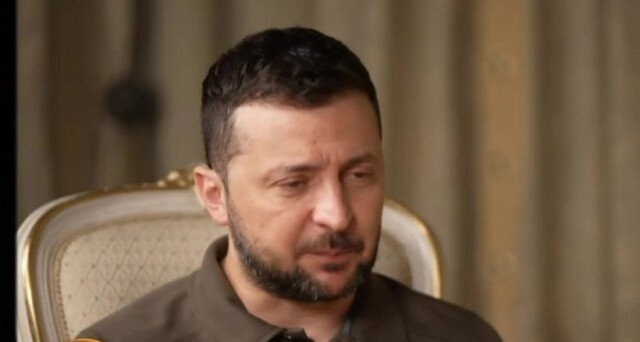 I’m A Celeb’s Jessica Plummer is too sick to eat her dinner after Bushtucker...