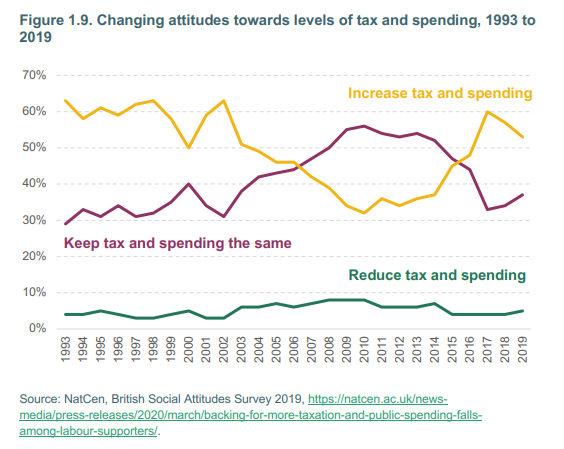 INCOME taxes may have to soar and other budgets cut to pay for the eye-watering costs of coronavirus, financial experts warned today.

The Institute for Fiscal Studies calculated that an extra £70billion in day-to-day spending, on top of the extra cash for the furlough and benefits, means the Chancellor will have to make tough calls on how to balance the books in the coming years.

And if the extra cash has to continue, it would swallow up a huge chunk of the increase in funding already pencilled in Rishi Sunak’s diary.

If that were translated into income tax rises it would mean 6p or 7p extra on every pound – but this is incredibly unlikely to ever be the sole way the Chancellor will raise income.

Ben Zaranko, a Research Economist at IFS and the author of the research, said: “COVID-19 has blown previous spending plans out of the water, with more than £70 billion allocated to departments this year for day-to-day spending as part of the response to the virus.

“If some of these spending programmes – such as the running costs of NHS Test and Trace – are to be unfortunate facts of life for years to come, they could swallow up huge amounts of money, and leave some public services facing another round of budget cuts for their core services.

“Avoiding that scenario would require the Chancellor to find billions of extra funding, paid for at some point through higher taxes.”

The IFS warn it would mean “another bout of austerity” for public services to pay for it all.

It recommends he only plan for the next year’s spending rather than look at the coming three, as is usual.

Experts also suggested there is a higher appetite for even higher spending – and paid for it with higher taxes in future.

“They are keen to see an end to austerity for public services,” the report said.

Taxes are already at a historically high level as a share of national income, however.

IFS Director Paul Johnson has warned the Chancellor not to consider raising taxes this year – or even next year – or it could stifle the economy. A Treasury spokesperson said: “The Spending Review will proceed this Autumn, as planned.

“The Chancellor has already confirmed that departmental spending will increase above inflation – both for day-to-day spending and longer-term investment.”

Did you miss our previous article…
https://www.hellofaread.com/politics/bbc-boss-warns-stars-could-be-booted-off-social-media-for-making-political-statements/

Prince William says he cant put his arm around his brother any more after...

Charles and Camilla cast off their masks on Freedom Day with trip to Devon...

EastEnders legend reveals she no longer watches the BBC soap