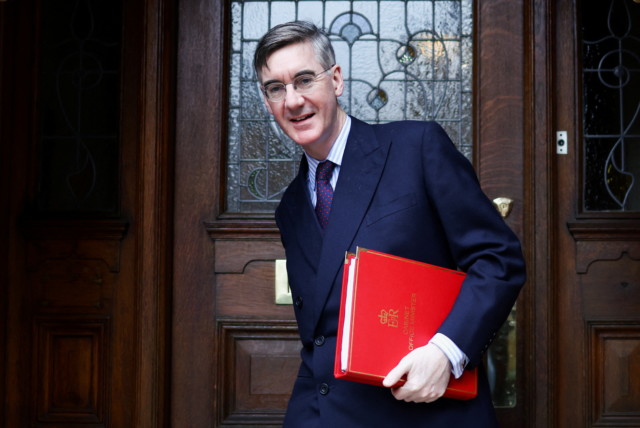 Jacob Rees-Mogg scolded MI5 and MI6 for telling spooks to avoid words like “grip” and “manpower” while also checking their “white privilege”.

The Brexit supremo said it showed the Kremlin despot a lack of spine and told the security services to stick to the day job of keeping us safe.

An internal memo to improve inclusion was leaked last month just as Europe teetered on the brink of war in Ukraine.

It says spies should “look out for words and phrases, such as ‘strong’ or ‘grip’, that reinforce the dominant cultural patterns.”

National Security Adviser Sir Stephen Lovegrove was the author of the report.

Mr Rees-Mogg railed against the wokery and called on the agencies to cut it out.

He told Tory bible ConHome: “What are they doing? That’s not their job to faff around with this kind of stuff, they’re there to keep the country safe.

“And this distraction, this time used on essentially trivial stuff, has not been an indication of backbone.

“If you were Putin and you thought what sort of response would I get from the UK, and saw they were worrying about whether you use the word grip, you’d think they didn’t have a grip.”

But he added that Britain was ready to stare down Putin’s naked aggression and should not be underestimated.

Did you miss our previous article…
https://www.hellofaread.com/politics/ex-speaker-john-bercow-branded-a-serial-bully-and-liar-in-landmark-probe/