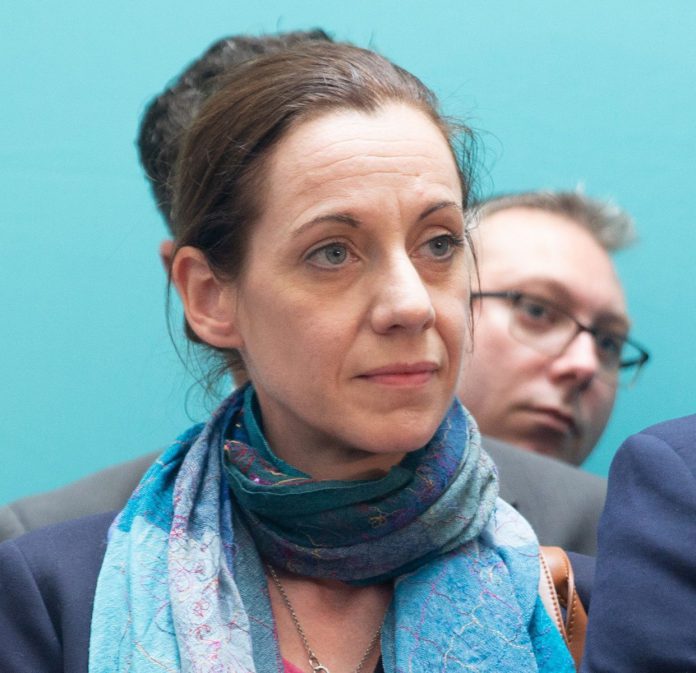 FOUR Brexit Party MEPs have quit today to back Boris Johnson in next week’s election to finally get us out of the EU.

As first revealed by HOAR last night, they turned their backs on Nigel Farage amid mounting fears he will rob the PM of the majority he needs to take Britain out of the EU.

It was announced that Jacob Rees-Mogg’s sister Annunziata, along with John Longworth, Lance Forman and Lucy Harris, dramatically announced they were resigning their party’s whip today.

They will give a press conference shortly in Westminster.

They said the decision of the Brexit Party boss to fight in every non-Tory seat to be a “huge mistake” and delivered a letter to their leader informing him this morning.

It will provide a spur for BoJo but a devastating blow for Mr Farage, with his party tanking in the polls and donors fleeing like rats off a sinking ship.

Mr Farage responded to the news earlier, saying he was “disappointed”.

He said: “Whilst we are disappointed that four of our MEPs dont seem to understand that we both saved the Conservative party from large scale losses to the Liberal Democrats in the South and South West of England, but we are also hammering the Labour Leave vote in its traditional heartlands making it much easier for the Conservatives to win many of those seats.

“The only vote on the Leave side that is currently being split is in areas such as Barnsley, the South Wales Valleys, Doncaster and Hartlepool where there is a risk that the Tories will split our vote.”

A spokesperson added that the four were working together with the Tories.

Mr Longworth was unavailable for comment last night but an insider said: We cant support a party that jeopardises Brexit.

Too many people are concerned about their own egos rather that they cause we have all been campaigning for to leave the EU.

It has become increasingly clear that unless the Tories win next week, Brexit is doomed. But some of our team are so wrapped up in their own self-interest they cant see that.

Support for the Brexit Party has collapsed to four per cent, making it unlikely that will win any of the 274 non-Tory seats they are contesting.

But as Labour creeping up in the polls, Mr Farages outfit risks preventing Mr Johnson from securing the majority he needs to get his Brexit deal through.

The walk-out follows weeks of vicious infighting among Brexit Party group in the European Parliament.

It was described by one as a toxic battle between the old Ukippers and the old Tories.

None of the four Brexit Party leavers has any plans to join another political party, it’s understood.

Madonna burst into tears and struggled to walk after falling off chair during Madame...