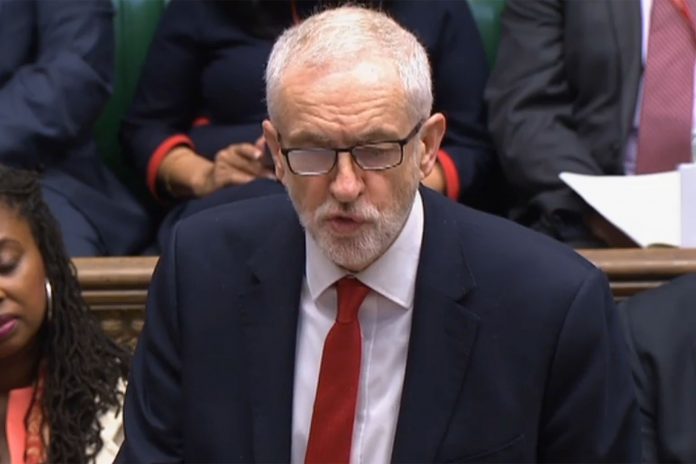 A CHRISTMAS election may look a gamble for Boris Johnson. But he has little choice.

Nor, if he has any conscience or self-respect left, does Jeremy Corbyn.

He must order his MPs to vote for it on Monday or his shattered party will be a global laughing stock.

It is staggering to see Labour trot out their craven, hackneyed excuses not to rise to the PMs new challenge.

They need more time to scrutinise his Brexit deal. They want No Deal taken off the table. No one is fooled. Labour fear Boris, and Corbyn is toxic.

Boris cannot govern this Remainer-dominated Parliament with no majority against an opposition so extreme and so utterly without principle.

A Christmas election may look a gamble for Boris Johnson, but he has little choice

Labour blocks his Brexit deal. It blocks No Deal. It tries to block all Government legislation. It cannot block an election too.

It will be a monstrous abdication of responsibility motivated by naked cowardice. Not that the Lib Dems or SNP are any better.

These Remainer clowns have brought our democracy to its knees. Most of Britain is ashamed of them.

OFCOMS report into the BBC makes grim reading for a corporation in rapid decline.

It is fast losing young viewers to Netflix, YouTube and Amazon. But if it is worried by that, it should be petrified by the likely impact of its decision to strip over-75s of their free licence.

It must throttle back on its crazy expansionism, shift away from areas covered better by commercial organisations and bite the bullet over its 4billion-a-year public funding model.

The licence fee is almost a century old. It is as out of date as the Beeb itself now looks in this new era of multiple choice funded by voluntary subscription.

The BBC remains an important part of British life. But the TV tax, with prosecution for non-payment, has to go.

THE explosion in knife-carrying offences is a testament to the success of the polices revived stop-and-search tactics.

Yes, it is depressing these crimes are at a nine-year high. But that was inevitable when searches were also increased by a third over a year.

Their scaling-back by Theresa May as Home Secretary in 2014 was a disaster.

But it is crucial to get possession down using the extra cops the Government has promised as well as real deterrents.

The Tories two strikes and youre out policy, automatic jail for a second offence, is disgracefully ignored by courts. Figures last year showed almost 40 per cent of repeat offenders swerved a custodial sentence or had it suspended.

If judges are that lenient, why wouldnt thousands take the risk?

Coronation Street spoilers: Gary Windass vows MURDER confession – but is he bluffing? plus...