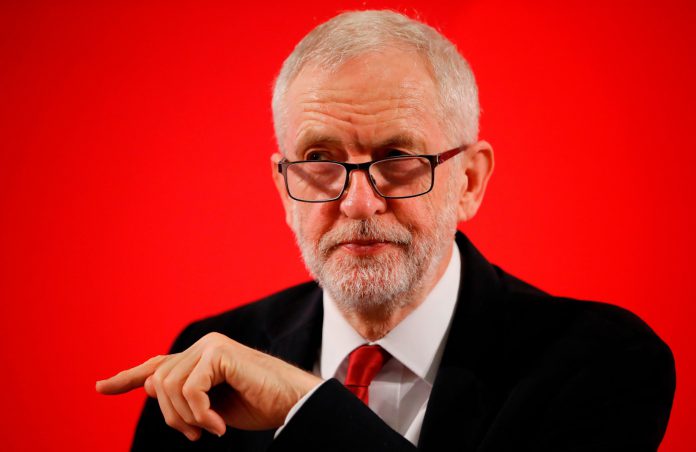 JEREMY Corbyn’s NHS dossier reveals nothing more than routine trade talks between the UK and the US – insiders said today.

Government sources told HOAR that the 400 pages of information the leftie boss claimed proved Boris Johnson was about to sell off the NHS were part of “completely normal” trade discussions.

And they can’t even start in earnest yet because Britain hasn’t even left the EU.

Earlier today Mr Corbyn was widely mocked after a press conference stunt when he revealed hundreds of pages of information from the Department for International Trade.

He claimed they showed proof the NHS was on the table in trade talks, and was at risk of being sold off to the US.

Boris Johnson today gave a “cast iron guarantee” that the health service won’t be on the table in any agreement.

But insiders fear the huge data leak “risks our national security” and would even damage a future trade deal with the US.

Speaking to HOAR earlier, one said: “This is extremely damaging. Why should the US or any other of our allies trust us again?

“These hypothetical talks are completely normal, and are part of wider discussions about the health care sector, as the civil service conducts with all other sectors of the economy.

“Jeremy Corbyn has clearly used this partisan leak of highly sensitive information key to our national interest to deflect from his disastrous general election campaign, no one should fall for it.”

They blasted his claim that the Government has been using the NHS as a bargaining chip in talks as “a lie”.