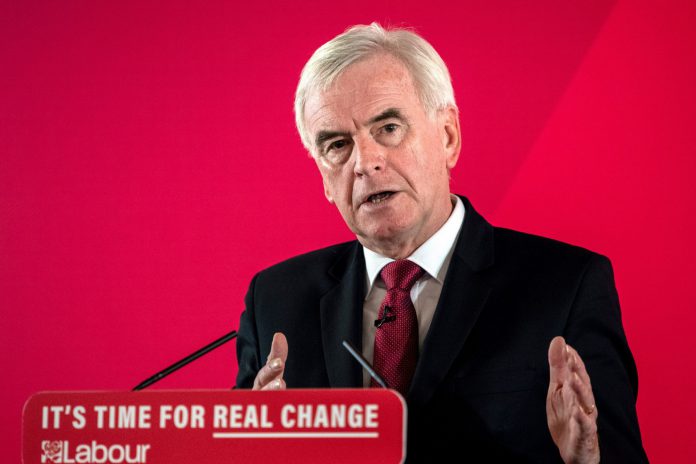 JOHN McDonnell has dramatically suggested Labour supporters should back Jo Swinsons Lib Dems in the election to stop Boris Johnson.

The Shadow Chancellor said: I urge people to vote Labour, but people will make up their own minds about how their vote will have the maximum effect of preventing a Tory government.

It came as desperate anti-Brexit campaigners launched a final push to try to block the Tories.

The Peoples Vote, Remain United and Best for Britain have coordinated their websites.

Research by the groups found that if Remainers all vote tactically then Mr Johnson could be denied a majority and Britain end up with another hung parliament.

A joint statement said: In these final few days of the election campaign, as voters make up their minds, the choice has never been starker or the consequences more profound.

Thats why Remain United, Peoples Vote and Best for Britain are speaking with one voice to remind voters of the power of their own voice.

“And their ability to defeat the Tories in dozens of key target and marginal seats around our country.

The only option left to voters wishing to avoid the dire consequences of Boris Johnsons Brexit on the UK is to vote tactically on December 12.

John Bercow ‘begged Jeremy Corbyn for a peerage and wrote his OWN glowing reference’...

Former Emmerdale star Roxanne Pallett fires up her firefighter husband as she poses in...

Inside derelict house frozen in time with last owner’s shoes still in the cupboard...