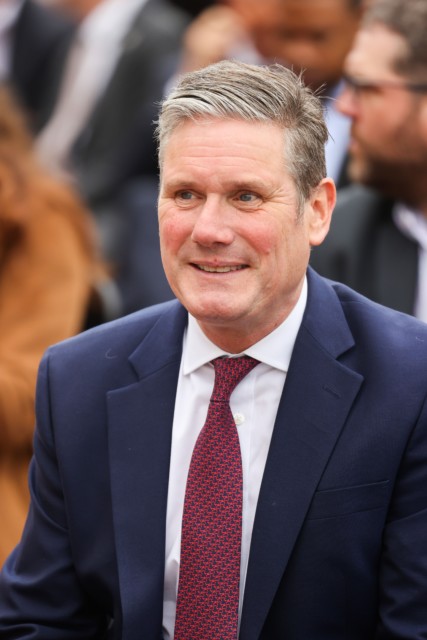 SIR Keir Starmer yesterday revealed he was known as Special K — the street name for a horse tranquilliser used as an illegal drug.

The Labour leader announced it when asked at Kellogg’s, who make Special K cereal, if he used the moniker.

‘I’ve been dubbed Special K since I was born. K for Keir!’

He replied: “I’ve been dubbed Special K since I was born. K for Keir!”

Former Director of Public Prosecutions Sir Keir did not seem to twig that Special K is how horse tranquilliser Ketamine is otherwise known.

The Class B drug is used by some to get high.

One joker tweeted: “He just didn’t Ket it.”.

Sources close to Sir Keir insisted later that he was not referred to as Special K and had been caught off-guard by the question at the factory in Manchester.

The gaffe comes as Sir Keir tries to revive his leadership by capitalising on Boris Johnson’s 1.25 per cent National Insurance increase.

He said: “Those with the broadest shoulders” should bear the greatest tax burden.

He said Labour would trim government flab by having an Office for Value for Money and took aim at the decision to end the £20-a-week Universal Credit uplift.

He said: “It comes, this cut, at the worst possible time because prices are going up.

“This is going to drive families and children into poverty.” Recent polls have shown more people trust Labour not to hike taxes.

Gareth Bale says he has no idea who the Prime Minister is because he...

Georgia Harrison looks completely different as she has her lip fillers dissolved in very...

Cutting VAT on telephone, mobile and broadband bills could save customers £120 a year,...