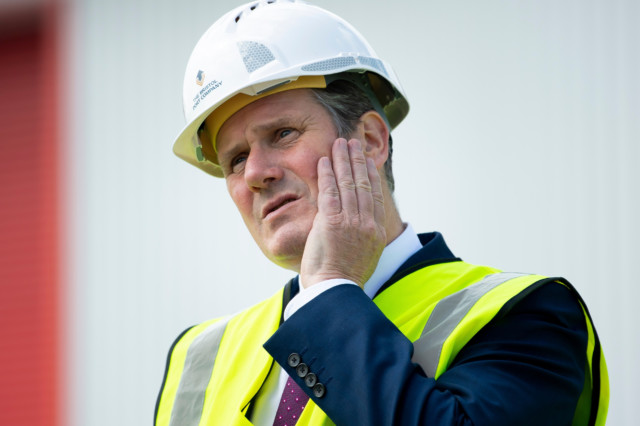 SIR Keir Starmer’s popularity has slumped to the depths of Jeremy Corbyn as less than a quarter of Brits believe he’d make a good PM.

The beleaguered Labour boss‘s poll rating is now on par with his lefty predecessor at the same stage of his hopeless leadership.

Only 24 per cent of Brits think Sir Keir “has what it takes to be a good prime minister”, according to the Ipsos Mori survey for the Evening Standard.

Meanwhile nearly half of Labour supporters (47 per cent) are fed up with him and think the party should ditch him before the next election.

And in a further kick in the teeth more people believe Manchester Mayor Andy Burnham would do a better job in No10.

Mr Burnham threw his hat in the ring to replace Sir Keir following Labour’s dreadful performance in the local elections.

He also won the backing of some of the party’s hard left, who are sharpening their knives ahead of some worrying by-elections for the party.

And only around a quarter of people reckon the Labour leader “has sound judgement” and would be good “on the world stage”.

In a chink of good news the Labour leader narrowly edges Boris Johnson for honesty – 29 per cent to 22 – in the wake of the flat decor row. But the PM is seen as almost twice as patriotic.

Sir Keir has been desperate to revive his fortunes since flopping at the ballot box in May – losing the Red Wall jewel of Hartlepool to the Tories.

Mr Johnson cruised to victory on a wave of vaccine optimism as Britain’s jab drive continued to streak forward.

In a bid to shake up his image, this month Sir Keir told all to Piers Morgan’s Life Stories.