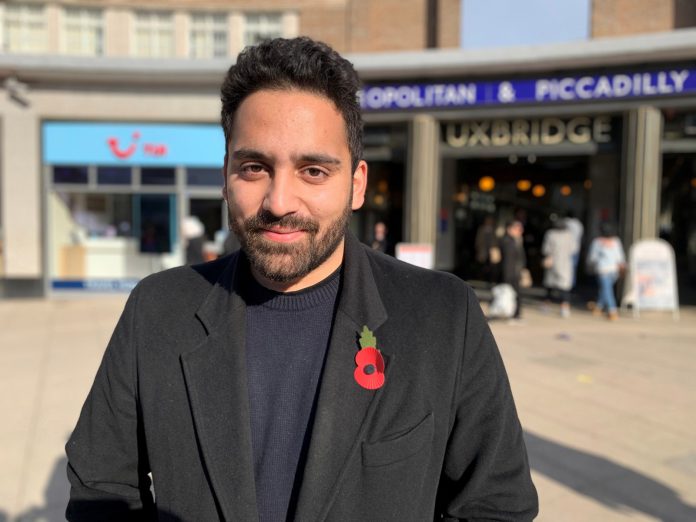 THE Labour activist who wants to unseat Boris Johnson claimed the US government was behind the 9/11 attacks, it has been revealed.

He tweeted claims in 2012 suggesting Al Qaeda were not responsible for the devastation – repeating them in an interview with Iran’s Press TV four years ago.

In one post, he wrote: “3,000 deaths will not be at peace until the truth is revealed! #falseflag”.

He later added: “It is and will forever be, until a thorough independent investigation is done, my position that the US gov. Knew of the attack in advance.”

There are a number of conspiracy theories around the tragedy, refusing to accept the stone cold facts the terror attack was carried out by extremists intent on harming America.

And Mr Milani said he had “fell into” silly theories as a young person as he apologised for the remarks.

Speaking to the Times, he said: “As I have said many times over the years, as a teenager we often fell into silly theories like this.

“I myself have been on the receiving end of racist 9/11 conspiracies, with racists superimposing my face on pictures of the 9/11 planes that hit the twin towers.”

The 25-year-old is currently standing as the Labour candidate in Uxbridge, West London.

It’s a seat that Boris Johnson has represented since 2015.

It would take a swing of more than 5 per cent for Mr Johnson to lose his seat.

Mr Milani’s has previously said he was confident to become the first person “in British democracy history to unseat a sitting prime minister”.

The revelations around Mr Milani’s claims about September 11 come after he apologised for tweeting anti-Semitic messages.

In one Tweet, he used the hashtag #jew to mock someone being tight with money.

Labour and its leader Jeremy Corbyn have been dogged by an ongoing row over anti-Semitism, which saw a number of MPs resign from the party.

Corbyn insists he is “not an anti-Semite in any form”. His supporters say he has spent his career opposing racism.

But he had admitted Labour had a “real problem” with anti-Semitism within the party and vowed he would “root out” any abuse.