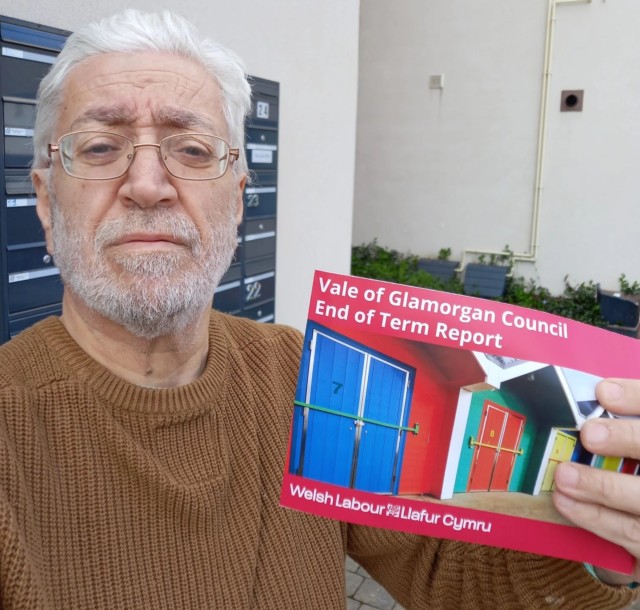 Leftie Ziad Alsayed was accused of behaving like a Kremlin stooge after a wave of social media posts.

Labour leader Sir Keir Starmer was last night under pressure to kick him out.

Alsayed is the party’s candidate at Baruc in the Vale of Glamorgan in next month’s council elections.

He boasted: “I feel strongly it is time for me to pay back some of what I owe to the town and vale, with all my huge life experience.”

And when Britain’s landmarks were bathed in blue and yellow light in solidarity with Ukraine in February, Alsayed said: “If you mean the Ukrainian people that’s ok, but not the fascist president.”

COCK OF THE WALK “Keir Starmer should say whether this individual continues to enjoy Labour’s support.”

A Labour spokesman said: “The Party takes all complaints seriously. They are fully investigated and any appropriate action is taken.”

Alsayed was unavailable at his home in Barry. Queen Elizabeth II news – Monarch all smiles as she made rare public appearance...

The Queen wanted the royal children to be seated in a different room for...

Bereaved families let rip at Boris Johnson for taking them for ‘fools’ after No10...