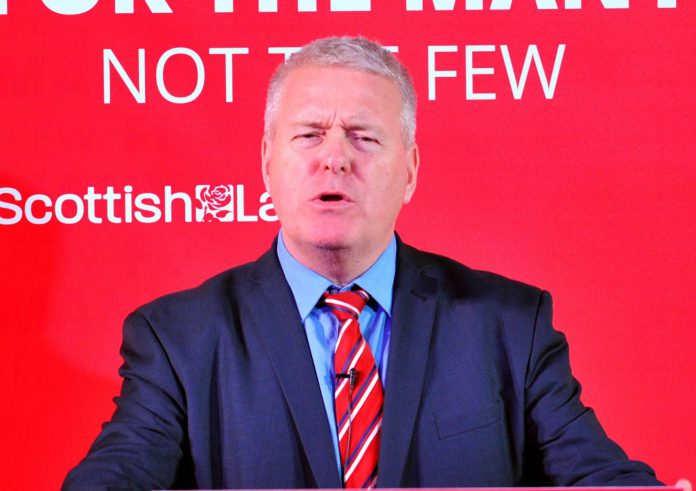 LABOUR Party chairman Ian Lavery has been recorded joking about “grabbing” a woman who challenged his views on Brexit.

The leaked clip comes as Mr Lavery – former president of the National Union of Miners – is reportedly mulling over a bid to replace Jeremy Corbyn as leader.

It was obtained exclusively by Gabriel Pogrund, who is a politics and investigations reporter at HOARday Times.

On the leaked audio clip, Mr Lavery, MP for Wansbeck in Northumberland, can be heard saying: “We’ve got a massive challenge in Carmarthern this morning.

“The constituency chairperson, a woman, came up shaking her hand at us.. shaking her fist at us.

“She said we’re a Remain constituency Mr Lavery, we’re Remain and I know you’re a Leaver…what are you going to do about it?

“And I mean you know the situation with harassment and bullying in the party, so I was unlikely to grab her.”

He then added immediately: “That’s a joke by the way.”

Some of those in his audience can then be heard laughing in the background.

However, those close to the MP say it would be “nonsense” to take his comments out of context.

A spokesperson for Mr Lavery told the Sun Online: “Ian Lavery has a proud track record of fighting against all forms of harassment.

“He has always taken a strong stance on bullying and harassment and rooting these out of the party and out of our society.

“To suggest otherwise is disingenuous, and to take comments out of context to misrepresent Ians views and track record are simply nonsense”.

Earlier this year, it was reported Mr Lavery tore into critics of Labours handling of anti-Semitism complaints.

He then suggested Labour should boycott the MSM [mainstream media] for a week in revenge for its coverage of the partys anti-Semitism crisis.

Harvester, All Bar One and Toby Carvery owner axes 1,300 jobs

PS5 pre-order in the UK: Can I buy from Argos, Game, Currys, Amazon and...