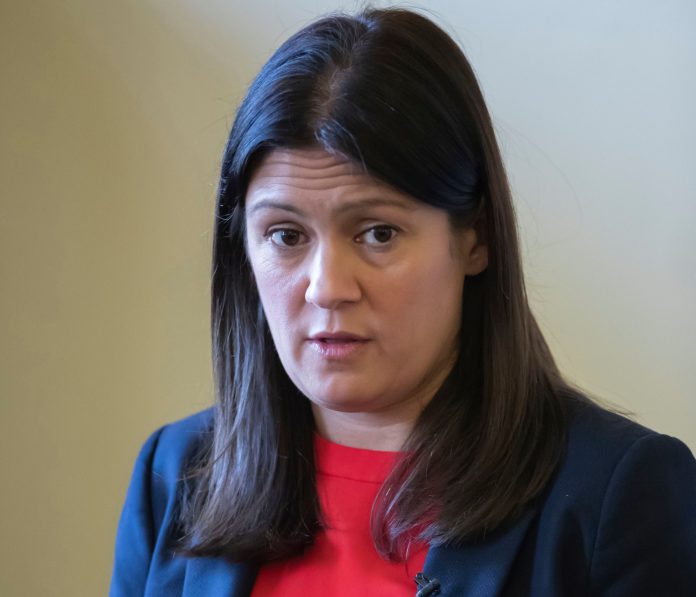 She billed taxpayers more than 40 times for the pricier rail tickets in that period.

Yet she claims to be a champion for the working class. And her expenses will raise eyebrows among her constituents in Wigan, Greater Manchester, who have to put up with one of the worst performing rail services.

John OConnell, of The TaxPayers Alliance said: If MPs can get organised to order a first class ticket in advance, they should be able to get standard class. That is good enough for most people and will almost always be better value for the taxpayer.

Ms Nandy rarely goes a week without claiming for a first class ticket. In all, her claims cost 3,821 from April 2018 to March 2019 according to the most recent data on IPSA, which details MP expenses.

Several times instead of buying a return from London to Wigan, she opted for two first class singles costing nearly 100 apiece.

She made a handful of trips between Manchester and London, and one between Birmingham and the capital.

Leadership rival Rebecca Long-Bailey, who represents nearby Salford and Eccles, only ever travels in standard seats.

Ms Nandy, who wants rail services re-nationalised, has the backing of the GMB union. She declined to comment.

Who is Wes Nelson and what’s his net worth?

Hysterical Zara McDermott begs Sam Thompson for a second chance in Made in Chelsea...

Prince William & Harry ‘did NOT have heart-to-heart but had glass of champagne together’...