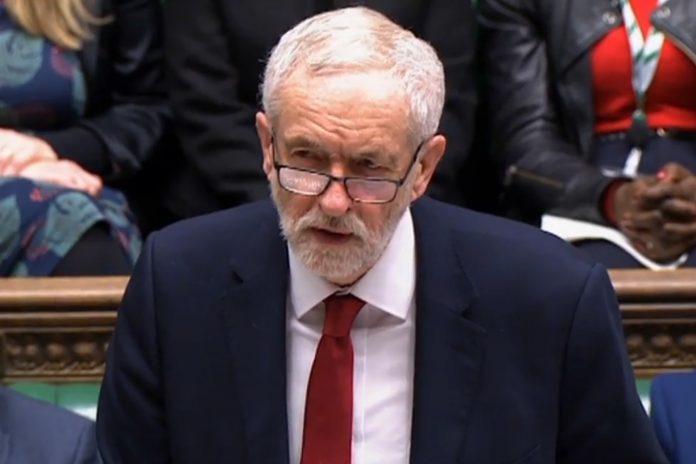 LABOUR leadership hopefuls fear Jeremy Corbyns allies are trying to shorten the contest to just eight weeks in a stitch up to boost his chosen successor.

The race to replace the 70 year-old veteran Socialist formally opens next week and was expected to run until the end of March.

But some of the contenders have learned senior party officials are now trying to impose an end date of Saturday, March 7 instead.

In addition, the wannabe candidates fear they will only be allowed two weeks to tie down the support of the required number of formal backers to allow them to run.

Under rule changes enforced last year to lessen MPs power over the selection, hopefuls must win the support of at least 5% of affiliated members, including at least two unions, or 5% of constituency parties, on top of 21 MPs.

The left wing shadow business secretary is already thought to have sewn up powerful union backing, including the biggest Unite, while moderate candidates want more time to put their case to union members and the wider party.

One leadership contender told HOAR: Of course its a stitch up. Nobody is being told anything.

Its ridiculous, and you can guess who it is all designed to help.

In a move that has sparked fury among Labour MPs, Mr Corbyns senior aides have been allowed to stay in place alongside him until the winner is picked.

Another senior Labour MP added: Seumas Milne and Karie Murphy are sticking around for one reason only, and thats to do their level best to fix it.

The membership are in shock at the moment. The big question is, will enough of them have learned the lesson that Corbynism will doom us forever in time?

Ms Long-Bailey declared she was considering a leadership run yesterday in a joint ticket with shadow education secretary and her flatmate Angela Rayner as her deputy.

Another Corbynista, party chairman Ian Lavery has also said he might run in a move that could split the Labour left.

Mr Corbyn risks ridicule today by making no mention of his general election disaster in his new year message.

The trounced opposition boss only refers to 2019 as quite a year for his party.

Instead, he insists Labour will be the resistance to Boris Johnson, and will be on the front line, both in Parliament and on the streets.

One of a total of eight expected contenders so far, Emily Thornberry, yesterday said it was high time for Labour to pick its first female boss.

The shadow foreign secretary told Good Morning Britain earlier: I think its getting a bit embarrassing that we have been going for more than 100 years and we are yet to have a leader of the Labour party that is a woman, but its up to the members to decide.

Ms Thornberry also lashed out at Mr Corbyn for not being sufficiently strong in tackling the scourge of antisemitism in the Labour Party.

She told GMB: In the end, people were just too soft.

PM says it’s ‘too early’ to say whether coronavirus restrictions will be lifted before...