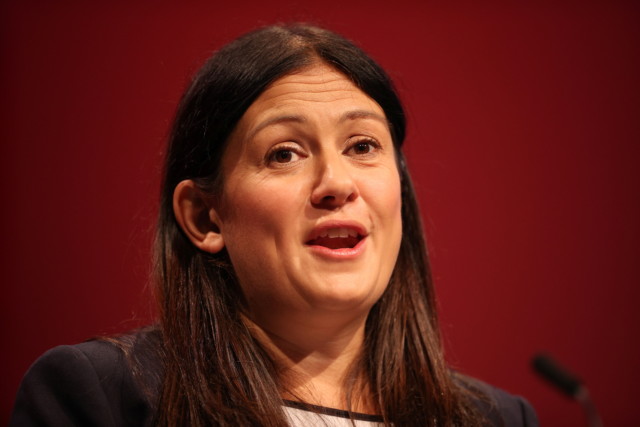 Lisa Nandy said the party is “on the side” of hard-left ­railway workers who are set to paralyse the country with summer walk-outs.

The shadow minister added she understood why union members were taking action.

But Ms Nandy said: “We’re on the public’s side on this. We’re also on the rail workers’ side.

“They’re dealing with the same pressures everyone is — the cost of food, soaring ­inflation, taxes going up, and they’re really struggling to make ends meet.”

Allies close to Ms Nandy insist she was not coming out in favour of the strikes and instead wants ministers to broker a solution.

But Labour has been tying itself in knots over its position by refusing to explicitly condemn the walk-outs to avoid upsetting union pals.

Meanwhile, the Government said the RMT should “reflect long and hard before they make commuters’ lives miserable and stop them going to and from work”.

Tory MP Claire Coutinho said: “We subsidised the rail industry to the tune of £16billion during the pandemic because people had stopped using the trains.

Did you miss our previous article…
https://www.hellofaread.com/politics/drivers-urge-rishi-sunak-to-slash-fuel-duty-by-20p-as-prices-soar-to-2-a-litre/