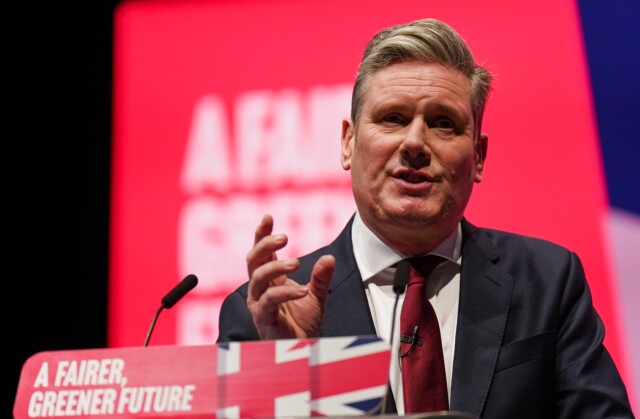 LABOUR last night vowed to never do a deal with the SNP “under any circumstances”.

But Sir Keir raised eyebrows by pointedly refusing to mention the prospect of a backroom agreement to go into Government with the Liberal Democrats.

“No deal under any circumstances.” Labour has to win at least 120 seats from the Tories to get an overall majority in the next election.

But if he falls short, it could leave Britain with the prospect of a hung Parliament.

Last night Tory MPs warned it could leave the door open to a Labour-Lib Dem pact which could undo Brexit.

Maria Caulfield MP said: “For all his bluster, Keir Starmer is keeping the door open to a grubby backroom deal with the Liberal Democrats because he can’t rely on running on his own record.

“And we know the price of Lib Dem support will be to renege on the referendum result and Brexit.” A Labour spokesperson insisted: “We are campaigning for a majority and we are not looking to do deals with any other political parties.”

Did you miss our previous article…
https://hellofaread.com/politics/suella-braverman-slams-cops-for-defending-human-rights-of-vicious-transgender-paedophile/

Emmerdale’s Chas Dingle tried to sleep with Al Chapman to ‘get her ego stroked’...

Caitlyn Jenners son Brody says he wont be watching her on Im A Celeb...