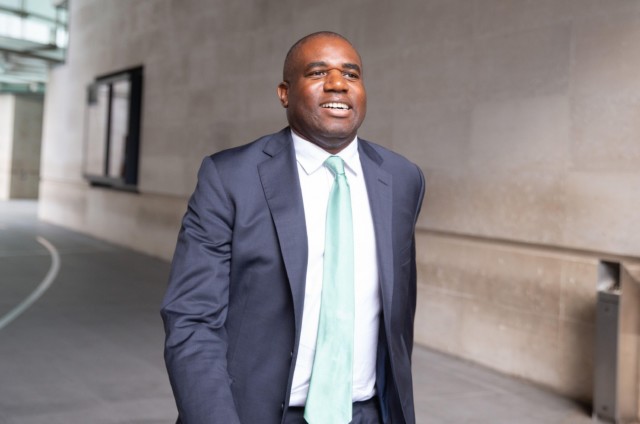 LABOUR is calling on the government to temporarily reduce the size of juries from 12 to seven – months after they called similar plans “racist.”

Shadow Justice Secretary David Lammy called for smaller juries to speed up the backlog of cases, months after saying “smaller juries are more likely to convict a defendant” if they aren’t sure, and based on prejudice.

The opposition say that smaller jury sizes will reduce the space required to hold jury trials in socially distanced manner.

They want trials cut to have juries of seven – which last happened in the Second World War.

It comes after date obtained by Labour showed that 599 court staff, judges, lawyers and jurors had tested positive for covid in a recent period of seven weeks.

But last summer Mr Lammy warned against the idea.Quoting a mathematician, he said:“The larger the jury the more likely it is to make the “correct” judgement.

“This could be for several reasons, including the fact that larger groups can balance out individual prejudices.

“As the Black Lives Matter movement makes its voice heard, it would be wrong to ignore the reality of unconscious bias in our justice system.”

But yesterday he said:  “The justice system is facing its gravest crisis since World War Two, leaving thousands of victims waiting too long to get justice.

“A decade of Conservative incompetence, court closures, cuts and reduced sitting days have combined with the pandemic to create a backlog of more than 54,000 cases.

“Justice cannot be delayed any further. Labour is calling on the government to tackle the backlog by speeding up the roll-out of Nightingale courts and temporarily introducing wartime juries of seven until the pandemic is over.”

A Ministry of Justice source told HOAR: “These are strange times, but David Lammy calling for a policy which he thinks would lead to more dodgy convictions of black people is frankly surreal.

Lawyers also said it was a poorly thought out idea, although the Bar Council said “more measures are needed” to tackle the backlog.

Derek Sweeting QC, Chair of the Bar Council, said: “Tampering with juries should, however, be a last resort. “It is the collective life experience and diversity of members of a jury that ensures evidence is tested robustly and the public can be confident that justice is delivered fairly.

“Reducing the size of juries risks diluting that experience and denting confidence in our justice system.

“Even when jury numbers were reduced in wartime (at a time when there were restrictions, which do not exist today, on who could serve on a jury), it was not a blanket reduction.

“Some cases – murder for example – continued to have 12 person juries, such is the importance of jury trials.”

Prince Harry ‘relies heavily’ on Meghan Markle emotionally following their move to the US,...