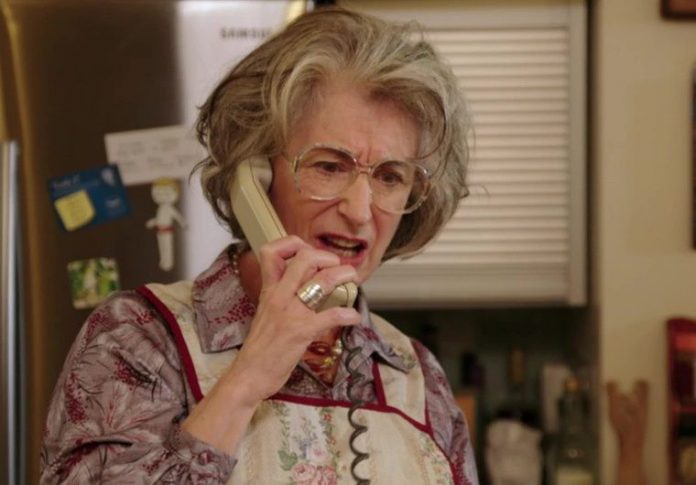 ONE of Britains best-loved TV actresses Maureen Lipman has launched a blistering attack on Jeremy Corbyn as she recorded a mock version of her iconic BT advert and claimed he had an ology in extremism.

In an astonishing indictment the life-long Labour supporter lists a raft of reasons why she wont be voting for the party this time around in a mock phone call with her friend Nora.

She launched an attack on Jeremy Corbyn, accusing him of ‘extremism’ and highlighting the ‘flagrant anti-Semitism’ that has made it impossible for her to vote Labour

Maureen, who is currently starring in Coronation Street as Evelyn Plummer, condemns the bullying, hectoring and driving out of good Jewish Labour MPs as she blasts: Theyre not socialists, you know what they are, Nora? Theyre extremists.

She also blasts Labours plan to tax us on the meagre savings weve got for our grandchildren.

But the Beattie star of the iconic BT adverts from the 1980s and 90s says the final straw for her was Mr Corbyns vow to get his allotment hands on my broadband by nationalising broadband.

She tells Nora: Its taken me ten years Nora to learn how to Skype my grandchildren.

I can do the shopping online, the dry goods, I can do the banking online so I dont have to walk four miles to a bank thats not even there and he wants to take it away and ruin it – a man who thinks you get out of Brexit with a revolving door.

If he could nationalise daffodils he would.

Last night Maureen – who has voted Labour for 50 years – said she felt the need to make the video to highlight the flagrant anti-Semitism that has made it impossible for me to vote Labour at this election.

Explaining why she made the video, the actress said: Like many socialists, I am at a loss.

Nobody, I feel should vote for a party which is driven by Marxist theory, by bullying and exclusion, by scant fiscal knowledge and by a visceral disregard for traditions we hold most dear. How best to express that was my problem.

“It was only when big spender Corbyn announced that he would take control of broadband that I began to wonder what Beattie, newly liberated by computer literacy, would make of handing over that freedom to a bunch of profligate people with scant regard for her centrist sensibilities.

Maureen ends the video by urging viewers to abandon the party.

She said: My mother always said, this is a kind and a decent country. They will always do the decent thing. Well if thats the case, why would anybody vote for this Labour Party?

Well I certainly wouldnt. You can do what you like. You want to vote Green vote Green! Its a waste of a vote.

Tottenham’s new stadium to be included in Madden 22 NFL game with Falcons and...