LIZ Truss and Rishi Sunak will today promise Scots new powers — to try to hold off a second independence vote.

Ms Truss is vowing to enable the Scottish Parliament to properly scrutinise the SNP.

Mr Sunak would force the Scottish Government to explain how it spends UK taxpayer cash.

The PM rivals, who oppose First Minister Nicola Sturgeon’s Indyref2 plans, will be at a hustings in Perth tonight.

It came as Ms Truss secured a third Tory defection from Rishi’s team – as former Welsh Secretary Alun Cairns switched sides to back her.

In a fresh boost for the frontrunner, he said he feared Mr Sunak as PM could lead to the break-up of the union.

With three weeks left of the campaign, he wrote in the Daily Mail: “There is a need to break out of the current orthodoxy.

“The future of our Union depends on it.”

Ms Truss said she will slash crippling 150 per cent whiskey tariffs with a bumper trade deal with India, and promised never to “let anyone talk down Scotland’s potential”.

And she will dish out new powers to hand Parliamentary privilege to the Scottish Parliament to properly scrutinise the SNP after years in power.

The Foreign Secretary said: “Having grown up in Paisley, I consider myself to be a child of the union.

“As a nation we are stronger together and the UK needs Scotland as much as Scotland needs the UK.”

It comes after she accused First Minister Nicola Sturgeon of being “attention seeking” in her constant demands for a second divisive referendum on independence in Scotland.

She’s vowed to hold one in October next year – but the UK government are refusing to grant her permission to do it.

Meanwhile, Rishi will drag top Scottish civil servants down to London to attend UK Parliament select committee hearings – and force his own team of UK ministers to make more trips north of the border.

The Scots Gov would also be made to explain how they spend UK taxpayer cash and provide evidence that it’s delivering for schools and the NHS – rather than relying on their own selective data.

Mr Sunak said last night: “The future of the United Kingdom is bright but our Union must work together, each nation shoulder to shoulder, to get there.

“We must defeat the collective challenges threatening the health of our public services.

“Under my plans the UK Government will play its part, but the same must be reciprocated by Holyrood.” 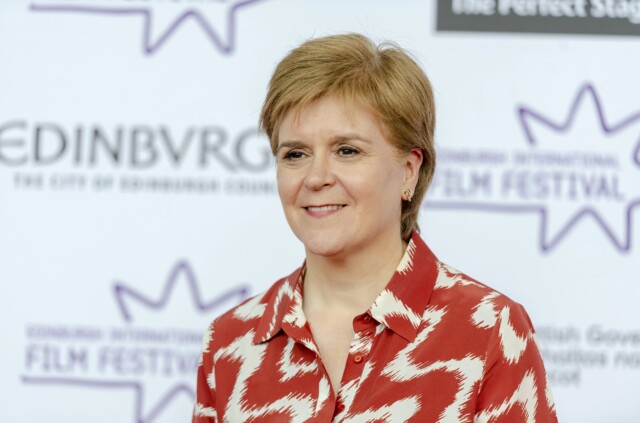 First Minister Nicola Sturgeon has vowed to hold a second referendum in October of next year
Did you miss our previous article…
https://hellofaread.com/politics/boris-johnson-will-take-golden-wallpaper-from-downing-street-flat-when-he-leaves/

Molly-Mae Hague reveals her endometriosis surgery scar for the first time as she models...