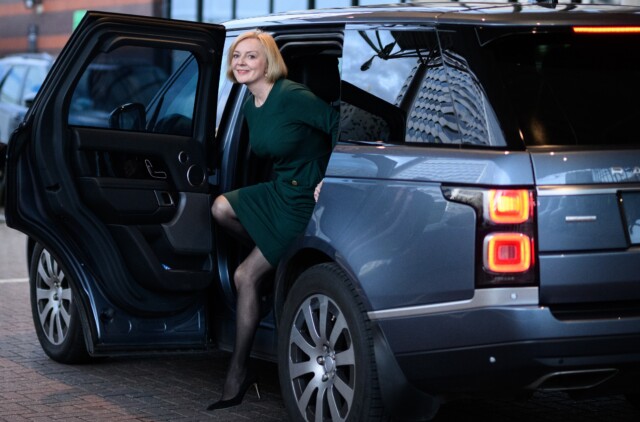 EMBATTLED Liz Truss and Kwasi Kwarteng have been personally ringing round Tory MPs in a bid to kill off mutiny.

In a highly unusual move, the Prime Minister and her Chancellor have launched a charm offensive in a scramble to shore up support for their controversial tax slashing plans.

With her Chancellor Kwasi Kwarteng, the PM has launched a charm offensive in a scramble to shore up support

Their fightback comes after an astonishing week that saw their mini Budget bomb, the pound tumble and the near collapse of the pension market.

Meanwhile, HOAR on Sunday was told that Mr Kwarteng had dinner with hedge fund bosses on Friday night after delivering his fiscal plan.

Some of those present were “shorting the pound” while egging him on, one business insider said.

But speaking ahead of the Tory conference, which kicks off today in Birmingham, the PM will try to rally the troops as she bangs the drum for her ambitious economic plan.

She said: “We are the party of aspiration, enterprise and growth. We believe in making it easier for our wealth creators, doers and makers to get things done. Britain’s economy needs a reset.

“We cannot continue on the current trajectory of managed decline. Instead, we must take a new direction. I will lead us down that path to a better future.”

One top Tory reckoned Ms Truss could survive as she had before chameleon-like under David Cameron, Theresa May and Boris Johnson.

They said: “I think she will end up doing whatever it takes to stay on.”

However, a new Opinium poll put her approval ratings at minus 37 — lower than Boris Johnson’s in his final days.

One seething senior Conservative MP predicted Ms Truss would suffer a humiliating Budget defeat if she pushed ahead with plans to axe the 45p top income tax rate.

He said: “The Government has gone bananas. It is like the place is burning down and there are just a few crazies outside saying we have got to carry on.

“There are dozens of MPs who would rebel on the Finance Bill — it would get to 40 and overturn her majority.”

Speaking on Wednesday — when the pound tanked — one told HOAR on Sunday: “I think we have lost the election.”

Other MPs are openly predicting the PM and Chancellor could be finished by Christmas unless they turn things around.

And one Whitehall insider said: “The markets thought, ‘Who are these lunatics in control?’.”

Earlier, Ms Truss met Danish PM Mette Frederiksen at No10 for talks about Ukraine. But she was snubbed by Larry the Downing Street cat. 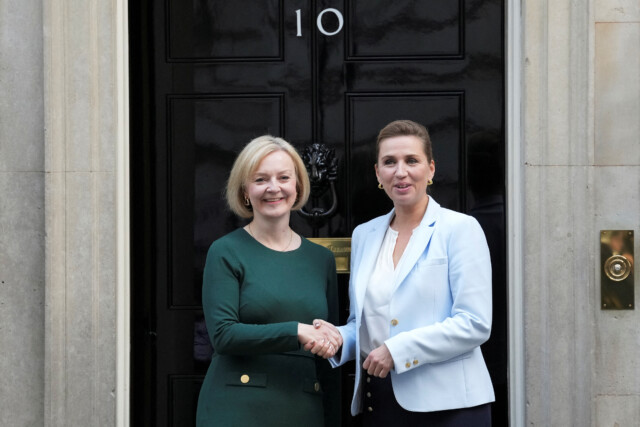 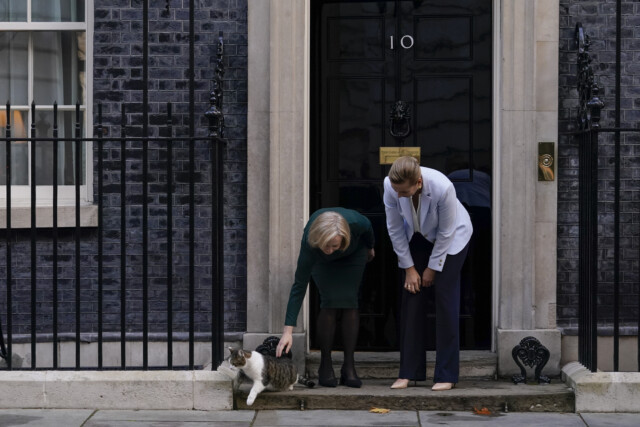 But Truss was snubbed by Larry the Downing Street cat

The Queen tipped an entire inkpot over her head during a French lesson tantrum,...

What is a No Deal Brexit? How you will be affected if the UK...