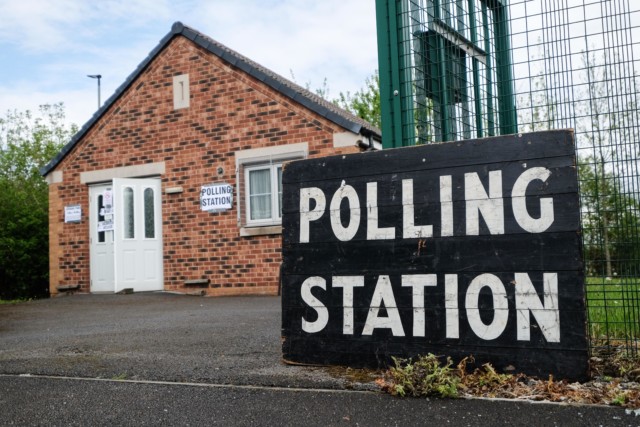 Voters will now head to polling stations on Thursday, May 6 to have their say.

There are about 5,000 council seats up for grabs across England

Which local council and mayoral elections are taking place on May 6?

There are 343 councils in England, but not every authority will be holding elections.

This is because elections take place in four-year cycles, so different councils hold polls in varying years.

The Local Government Information Unit (LGIU) said that “with two years worth of elections, it’s going to be ‘Super Thursday’.”

Votes will also be cast on:

There are about 5,000 council seats up for grabs across England.

The Welsh Government is also holding an election on May 6 2021 and voters in Wales will cast their ballot for members of the Welsh Assembly and police and crime commissioners.

In Scotland, candidates are vying for 129 seats in the Scottish Parliament, also on May 6, 2021.

However, local government elections are not happening in Scotland until Thursday May 5, 2022.

There are no local elections taking place across Northern Ireland.

Who’s standing for election in my area?

Thousands of candidates will be running for various post in the May 2021 elections .

To find out who is standing in your area, you can put your postcode into this website.

It will tell you if there are elections in your area – including the PCC ones – and it will provide a list of the candidates and the party they represent.

The Electoral Commission website tells you which council ward you live in and provides a list of all the people standing for election and which party they represent.

Some of the stand-out elections are:

A by-election for in the UK parliamentary constituency of Hartlepool is to be held on May 6 following the resignation of the sitting MP Mike Hill.

The seat is considered to be in a set of constituencies known as the red wall, historically supported by Labour but where the party is increasingly being challenged by the Tories. How do I vote?

As the postponed voting is taking place during the coronavirus pandemic, measures are in place “to protect against spread of disease and to overcome practical challenges,” says the government.

Campaigning will be ongoing up until the elections on May 6, 2021.

Voters will continue to have access to three methods of voting:

The government adds: “We are changing the rules for proxy voting to ensure that anyone who is self-isolating can request a proxy vote at the last minute – up to 5pm on polling day itself.

“Voting in person will still be available for all those who would like to, and there will be no change to the hours of polling.”

Voters are encouraged to bring their own pens or pencils.

And to register for a postal vote, the deadline is:

The deadline to register for a proxy vote is 5pm on April 27.

What did Matt Hancock say in today’s announcement?

Who is the author ghostwriting Prince Harry’s memoir?