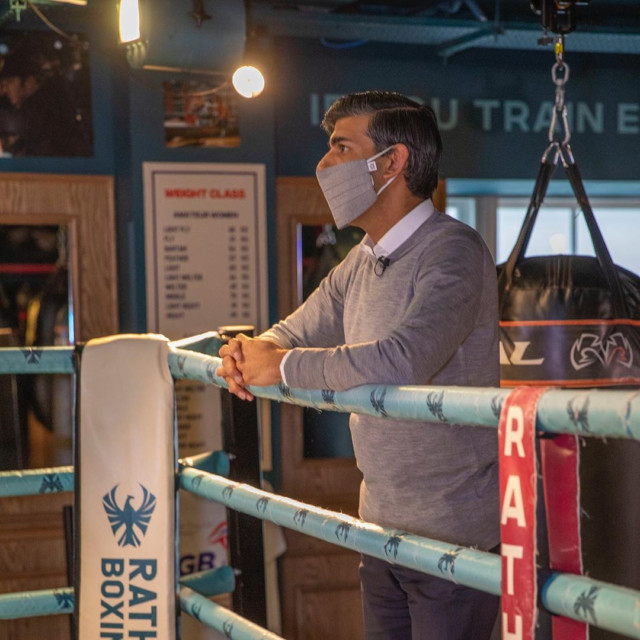 LOCKDOWN fears grew today as Rishi Sunak would only say he “hopes” the national shutdown can end on December 2 – as minister warned “all bets are off”.

The Chancellor could not promise that the nationwide shut down, which will come in on Thursday, will definitely end as planned in a month.

Yesterday Michael Gove sparked fears it could be extended, and admitted ministers will look at the data nearer the time.

Ministers told The Times that the Government was considering plans to relax the restrictions briefly over Christmas – amid concerns people would break the rules anyway.

They added, however, that if the rate of transmission remained high over Christmas then “all bets are off”.

The legislation will automatically expire on 2 December, and ministers will seek to go back into the local Tier system.

But if the data is still dire, ministers may choose to extend it.

Mr Sunak told Radio 4 today: “Our hope and expectation is, on the basis of everything we know today, these measures will be enough to bring the R rate where we need to be.

“And therefore we will be able to exit into the tiered approach.”

He said they would examine the R rate, NHS capacity, the demographics of who is being impacted, and the death numbers before making a final call.

The Government has promised a vote on extending the measures in a bid to try and appease Tory rebels ahead of a Commons clash this afternoon.

Many are worried the lockdown will go on and on like the last one, and it will take weeks to drive down hospitalisations and deaths.

One Cabinet minister told The Times: “There’s a lag to these things.

“The fear will be that in four weeks’ time deaths will be higher than they are now, which will give credibility to people who want to keep national measures in place.”

Another minister said they expected the measures to be extended by at least a month – dashing hopes for a Christmas with family.

They said: “I think it’ll be after the new year. The rate of transmission is not going to go down enough to justify it.

“Just look at the graphs. It’s going to be a jobs disaster.”

Boris said on Saturday that he hopes the measures he was taking could allow people to see their families this Christmas – but there were no guarantees.

“It is my sincere hope and belief that by taking tough action now, we can allow families across the country to be together,” he said.

Even if the Tier system returns after December 2, Tier 2 and 3 areas cannot meet up with other households indoors.

New polling from research firm 5654 & Company revealed today that British public opinion is tipping more towards the economy as opposed to health.

Since May, public concern about the risk of people losing their lives has declined from 61 per cent to 45 per cent.

And concern about the economy is increasing from 32 per cent in May to 39 per cent in October. Boris will tell MPs today it was right to “try every possible option to get this virus under control at a local level”.

And he will outline more measures to help the self-employed with a new package, Rishi Sunak said.

But Conservative MPs and business leaders warned the strict measures would cripple the economy and may not work anyway.

Many have vowed they will oppose it – or are considering doing so.

The Government are set to get the support of Labour in pushing through the lockdown measures, which will see off any possible rebellions from the Tories.

Cops will get sweeping new powers to break up protests which bring chaos to...

Free mobile roaming will end and Brit drivers will need extra insurance from next...

Coronation Street and Emmerdale fans livid as tonight’s episodes are cancelled in ANOTHER schedule...