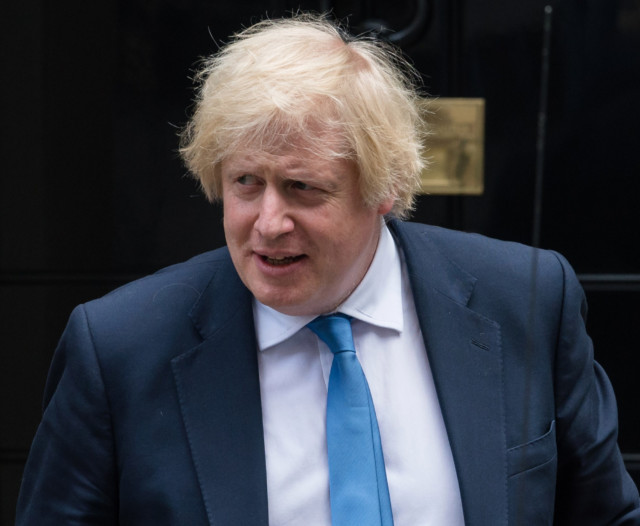 BORIS Johnson will today reveal more plans to lift England out of lockdown.

The PM is on track to slash the 2m rule, and announce which parts of the hospitality industry can get back to business from July 4.

Here’s a look at all the coronavirus lockdown rules as they stand, and what’s set to change in the coming days.

Meet friends in a park – two metres away

People across the UK are now allowed to meet with friends and family – but only at a distance.

In England, the limit is six people at a time.

In Scotland people can meet with up to eight pals at a distance, and in Northern Ireland it’s up to ten.

The Welsh Government has said two households of any size can meet outside as long as they stay within a five-mile radius of their home – but this will end on July 6.

Bubble up with single people

In England, Northern Ireland and Scotland people are allowed to form a “support bubble” with a single-person household.

If someone lives alone or has kids under 18 they can team up with another home and are allowed to be within 2metres of each other.

They can hug and even stay overnight.

Social bubbles are being considered in Wales but no firm decision has been taken.

Golf, tennis and fishing are back on across the nation as people are allowed to do unlimited exercise.

Previously people were only allowed out once a day. Brits are allowed to play some sports like tennis outside again

As thousands of toilets remain shut across the country, No10 has said it’s OK to nip inside somebody else’s home if you need to use the loo.

It means Brits are able to enjoy a BBQ in the garden with friends or family without having to worry.

The rules for all but essential travel across England have been dropped – and Brits no longer need a reason to be out of the house.

They can travel as far as they like but must not stay away overnight.

In Wales, however, people can’t go more than five miles from their home.

In Scotland, Nicola Sturgeon has urged people to keep their trips local if they can.

On Friday, June 19, the coronavirus alert level was lowered from four to three – as infections and deaths continued to fall.

Health Secretary Matt Hancock described the move as a “big moment for the country” and praised Brits’ determination to beat the disease.

This stage allows for a “gradual relaxation of restrictions and social distancing measures”. Today the Cabinet will be consulted and the Prime Minister will set out the updated position to Parliament.

What is on the cards?

Two metre rule to be slashed

It’s expected that the PM will say this afternoon that he will cut the 2m rule down to one – meaning people will be able to get closer to each other.

The news will be a sign of relief to the hospitality industry, who have long warned they won’t be able to survive with people having to stay 2m apart, and thus having fewer people in their venues.

Hospitality sector to reopen from July

The PM will today announce which sectors of the economy will be permitted to open from July 4, under phase three of the roadmap.

At the moment pubs, restaurants, hairdressers and hotels are also anxiously awaiting the PM to confirm they are allowed to open their doors once again.

Mr Hancock said they were “on track” to reopen from July 4 as planned.

Businesses need confirmation to get orders in and ensure people can come back to work in good time.

Detailed guidance will be published for each sector so businesses that do open can be Covid Secure.

Brits may have to book online before going to the pub, have to leave their contact details at restaurants or use a mask in future, as the distance is reduced.

Downing Street confirmed last night that cinemas, museums and art galleries will be among a raft of venues allowed to reopen from July 4.

They will need to meet new Covid-safety measures such as one-way systems, spaced queueing, increased ventilation and pre-booked tickets.

The Government will issue sector-specific guidance to ensure the public remain safe.

Millions of families and friends will be allowed to visit each other’s homes for the first time in months.

Officials were still ironing out the details last night but government sources said the new rules would likely allow people from different households to mix indoors as long as they remain socially distanced.

Hugging and other body contact is unlikely to be allowed under the plans but it is understood that people will be allowed to stay at each other’s homes overnight.

Other plans under consideration are for household “bubbles” to be expanded – so grandparents can finally hug their grandkids for the first time.

At the moment only single people are allowed to form a household buble with another house – and can hug, stay overnight and visit each other.

The Government has yet to officially say when the £130 billion-a-year domestic tourism industry can restart after businesses were told to close during the coronavirus pandemic.

According to The Mail on Sunday, Whitehall officials have been told to prepare for an announcement regarding the opening on hotels and holiday parks as early as today.

The Culture Secretary Oliver Dowden has already said they will encourage more Brits to holiday in the UK this year to try and boost the ailing industry.

It’s expected that hotels in England will be able to open from July 4 onwards. An update on holidays and staycations is expected every four weeks

The Home Secretary Priti Patel and Transport Secretary Grant Shapps will also take a closer look at the three weeks of the quarantine rules which are in place for travellers to the UK.

At the moment everyone coming in has to stay inside for two week, in a move which tourism bosses fear will cripple their industry.

Patel and Shapps are expected to say that the quarantine rules will be replaced by an air bridges policy, where the UK seals deals with other countries for people to be able to travel with no quarantine.

Spain has already said it will drop quarantine for Brits – and has urged us to do the same in return.

Shapps said an update on which countries may be involved would come before the three week review of quarantine – on June 29.

However, Boris Johnson will warn the public that they must continue to follow social distancing guidelines to keep the coronavirus under control.

If there are widespread breaches of the rules resulting in the virus threatening to run out of control, the easements will be the first to be reversed., he will say.

A No10 spokesperson said: “The reason we are able to move forward this week is because the vast majority of people have taken steps to contain the virus.

“The more we open up, the more important it is that everyone follows the social distancing rules.

“We will not hesitate to put the handbrake on to stop the virus running out of control.”

Boris Johnson APOLOGISES for No10 lockdown-busting party but tries to claim it was a...

How to vote at the polling station dos and donts for the 2019...