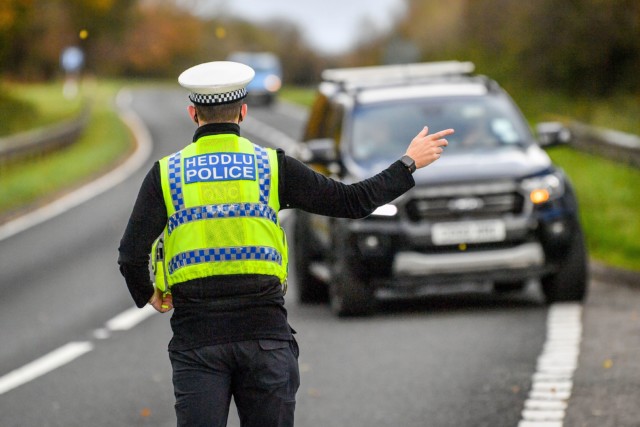 WALES’ national firebreak lockdown will end on Monday as England goes into a new shutdown, it was confirmed today.

Health Minister Vaughan Gething promised the two-week national shutdown of all non-essential shops will be lifted and people will be able to go out again from next week.

The news comes the day after England went into a four-week national lockdown to try and curb infections, despite Boris Johnson repeatedly insisting it wasn’t needed.

All four nations of the UK are choosing different coronavirus rules, including different shutdowns, causing chaos for the public to try and keep up.

It came as fresh data from the ONS revealed the rate of coronavirus infections across England and Wales appears to be slowing down.

However, Mr Gething said the “sustained reduction” of coronavirus cases that the firebreak is expected to deliver would not be seen by the end of the 17-day period.

But hopeful signs were occurring from Northern Ireland, which has their own similar shut down.

He added: “The firebreak will end for all parts of Wales but I just want to really reinforce the point that we can’t go back to living our lives the way we did before.”

People in Wales will be able to go to the pub with three others from other households from Monday – with a new ‘rule of four’ introduced.

But the 10pm curfew on buying booze will stay.

Two households can form a bubble to meet indoors in homes, but won’t be allowed to do so with numerous households.

Schools and non-essential shops will reopen once again. But travel to England will still be banned, and people should still work from home if they can.

“I think the massive breach of trust in extending the firebreak past the period when we said it would end would have much greater consequences for people doing what we all should, in terms of changing the way we live our lives and the trust people have within Government.”

His words will boost calls from Tory MPs to promise that the 4-week shut down in England should not be extended.

Many are worried the lockdown will continue towards Christmas if the infection rate continues to stay high.

The time may not be enough to see huge changes in the statistics.

Scotland recently emerged from a shutdown – which was extended by a week – into a tier system like in England.

But it has a five tiered system of measures, rather than three, with slightly different rules than in England. Boris has ordered another national shutdown for England From yesterday people in England face a £200 fine for leaving their home without a reasonable excuse – such as for work, school or to get food or medicine.

People will also be fined if they are found to be trying to sneak away to go on holiday – whether inside or outside of the UK.

Non-essential shops have shut but schools and universities remain open.