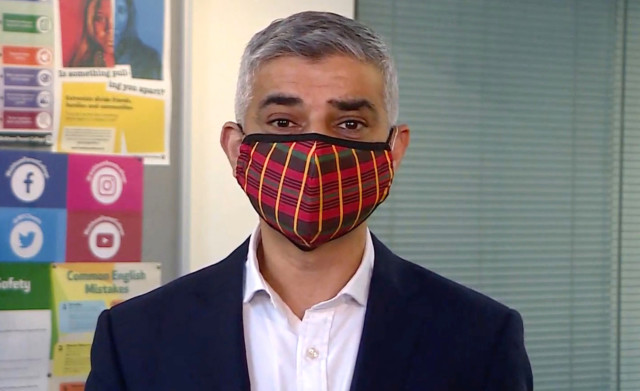 SADIQ Khan is under pressure to explain how a top aide he allowed to ‘work from home’ in California got around the USA’s strict travel ban.

Tory London Mayoral candidate Shaun Bailey has written to City Hall chiefs to get an explanation after the Mayor dodged a series of questions about his £120,000 a year aide Jack Stenner’s move to the States.

Mr Stenner 33, is director of political and public affairs — but critics say he cannot do an effective job 5,000 miles away, as revealed by HOAR two weeks ago.

He now lives in an ocean-facing apartment on the outskirts of San Francisco with his girlfriend.

Mr Bailey said the Mayor “failed to deny” Mr Stenner broke the rules by heading stateside, as the row rumbles on.

Mr Bailey, said: “I was flabbergasted when the Mayor refused to confirm or deny reports that his closest aide had broken Covid restrictions in either the UK or the US.

“I will be immediately writing to Mary Harpley, as suggested by the Mayor himself, to get to the bottom of this and provide Londoners with the answers they deserve.

“It is bad enough that Sadiq Khan is frivolously wasting taxpayers’ money by allowing his team to work from the West Coast of America, where there is at least an 8 hour time difference whilst Londoners battle the biggest crisis of recent history.

“London needs a fresh start. Crime is out of control, people are unable to get on the housing ladder, and TfL is bankrupt. London simply cannot continue on this path paved by Khan.”

Since 16 March, it is not possible for many British nationals to enter the USA if they have been in the UK the previous 14 days.

US citizens and permanent residents of the USA, certain specified close family members and diplomats are exempt, but Mr Stenner has not provided details of his circumstances. Shaun Bailey has demanded the Mayor answer questions about his £120,000 a year aide

The Mayor’s office previously said Mr Stenner will be returning to his job in London full time in the new year.

A spokesperson for the Greater London Authority, said: “In November Jack switched to a part-time role working remotely for a short period of time due to valid personal circumstances, and his pay was reduced accordingly.

“He will be returning to his full-time role in the Mayor’s Office in London early in the New Year.”

Call of Duty Cold War release date, price – ALL the multiplayer info so...