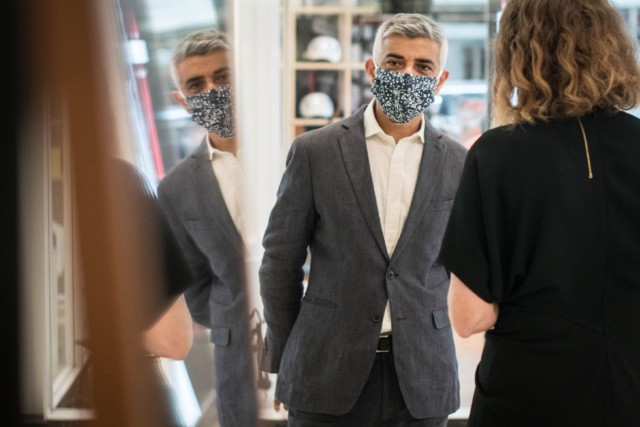 LONDONERS face fresh Covid restrictions within days after cases in some parts of the capital soared higher than areas of England already in local lockdown.

London Mayor Sadiq Khan is due to formally request local lockdown measures for the capital after he met the leaders of the city’s 32 boroughs today. Busy London pubs could have a 10pm curfew

It will then be up to ministers whether to impose the fresh measures – understood to be a 10pm curfew on pubs and a ban on households mixing with others indoors.

But the measures could be usurped by national measures that may be announced by Boris Johnson tomorrow.

The number of weekly cases in London has hit around 25 cases per 100,000 residents – higher than other areas of England that are on Public Health England’s ‘watchlist’ – meaning it is considered an “area of intervention”.

Redbridge in East London recorded an infection rate of 34.2 cases per 100,000 residents – almost double the rate in Ribble Valley in Lancashire which is already on the Government’s watchlist.

The other worst performing London boroughs are Hounslow, with rates of 32.5 per 100,000 and Barking and Dagenham, which ecorded a rate of 29.3.

Rush hour traffic in the capital has already dropped 5 per cent amid fears of a spike in the city.

Researchers at Imperial College London tracking where the next Covid hotspots are likely to be predict the virus will spread down the North East coast over the next fortnight.

It warns that outbreaks are likely to grow in the Midlands and London within the next few weeks.

The east London borough of Redbridge is most at risk, the scientists predict, with nearby Barking and Dagenham, Havering, Newham, Waltham Forest, Harney, Enfield and Broxborurne all likely to follow close behind. The Talk’s Sheryl Underwood ‘had to restrain herself from taking things further’ in furious...