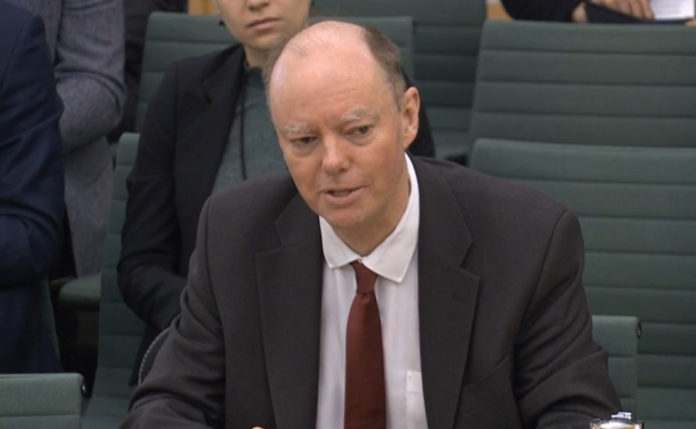 MAJOR events could be banned and schools closed in the coming weeks after Britain started slipping into the next stage of the coronavirus crisis.

Chief Medical Officer Professor Chris Whitty this morning confirmed there would be more cases confirmed today – and said the country is now sliding into the “delay” phase of Boris’ battle plan.

He said this morning that the “timing is critical” for any major decisions that would have a huge impact on society.

Government sources stressed “we’re not there yet for banning public gatherings” and experts are still mulling over whether it would work.

Professor Whitty told MPs today “We have moved from a situation where we are mainly in contain… to… we are now mainly in delay, the second stage.”

And he added: “We are very keen to not intervene at the point we absolutely have to minimise the social and economic impact on people.”

Boris Johnson goes for first jog since coronavirus battle after he blamed illness on...