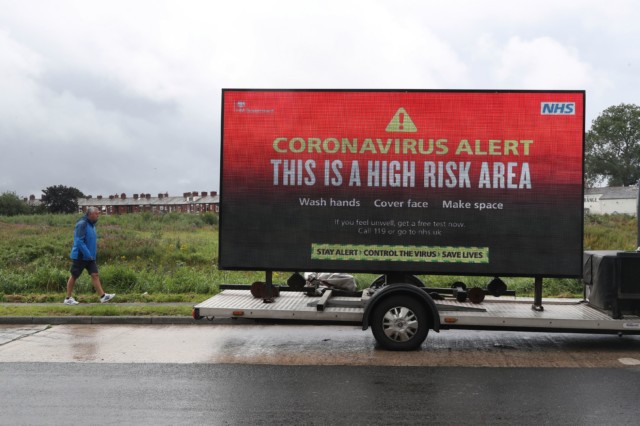 MANCHESTER residents will be banned from Bank Holiday boozing in parks this weekend to stop the spread of coronavirus.

A fresh order has been put in place in the city centre due to the pandemic which will stop people from consuming alcohol in open spaces.

Events due to take place have also had to be cancelled thanks to the pandemic, but people have been allowed to meet up outside.

Groups of six from up to two households are allowed to meet outdoors, but across the city people aren’t supposed to meet up inside at all.

It comes as the number of coronavirus cases in the city continues to be above the national average.

Yet it hasn’t faced a full lockdown – with local leaders choosing instead to put in place less restictive measures.

Health officials think the virus is being spread from household to household, rather than through workplaces.

Inspector Jonathan Shilvock said: “Due to this year’s events being cancelled, and for the fear of the effect it has on public health, there is a Public Space Protection Order in place in Manchester city centre which prohibits the consumption of alcohol in a non-licensed public place and will be enforceable this weekend by Greater Manchester Police.”

They urged everyone to think of friends and family before breaking rules this weekend.

A spokesperson added: “We’re doing all we can to make sure legislation is complied with to keep everyone safe.”

An order which prevents people from consuming alcohol in open spaces has been put in place in the city centre this weekend due to the pandemic and fears around public health. We're doing all we can to make sure legislation is complied with to keep everyone safe. Statement below: pic.twitter.com/woG3sy3L43 Huge house parties in Manchester have had to be broken up

Who are the Russian hoaxers that pranked Prince Harry and what else have they...

Kushs assault case in EastEnders explained as he faces an impossible decision over Whitney...

Over £7MILLION of taxpayer cash given to groups fighting plan to send migrants to...

I’m A Celeb winner Danny Miller was terrified about public’s reaction to him leaving...