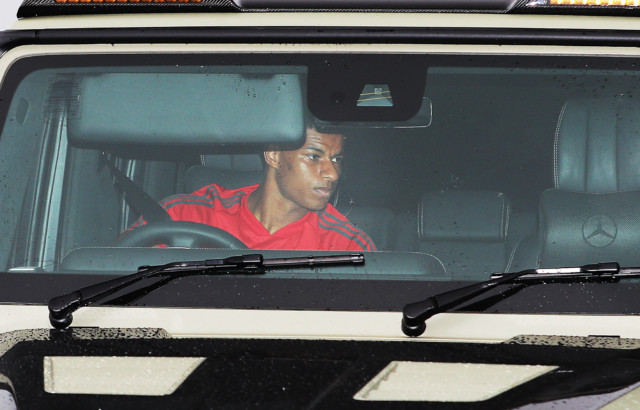 MARCUS Rashford has forced Boris Johnson to u-turn and provide £15 a week free school meals vouchers for poor kids in the UK during the summer holidays.

After increased pressure from Tory MPs and celebrities, the Government revealed it would fund the scheme after all, despite saying it would not carry on over the summer.

Parents who are eligible for the scheme will be able to claim the extra help with meals for their kids.

A one off six-week voucher will be dished out for families to use in supermarkets.

Marcus tweeted after the news: “I don’t even know what to say. Just look at what we can do when we come together, THIS is England in 2020.”

I don’t even know what to say.
Just look at what we can do when we come together, THIS is England in 2020.

Boris Johnson told the Cabinet the news – which will cost £120million in extra funding.

The PM’s spokesperson said the Government would run a Covid-19 food fund throughout the summer.

The u-turn came after several Tory MPs teamed up with Labour to demand change.

The Government do not usually fund the scheme during the holidays – but had done so over the Easter and half-term break during the coronavirus pandemic.

The scheme will help 1.3million kids to get help for meals over the holidays.

Marcus Rashford has written a statement addressed “to all MPs” thanking them for giving families “one less thing to worry about”.

“I stand proud today knowing that we have listened, and we have done what is right.

“There is still a long way to go but I am thankful to you all that we have given these families just one less thing to worry about tonight.

“The wellbeing of our children should ALWAYS be a priority.” MPs and celebrities came out to praise the footballer for his campaign and for forcing the PM’s hand.

Robert Halfon MP wrote for the Sun this afternoon to praise the news. He said: “Boris the Bold has turned the game around – and scored a winning goal.

“It’s a move that will benefit millions of disadvantaged families. And it couldn’t come at a greater time of need: with our nation on the brink of the worst ever ‘holiday hunger’.

“The Government can’t & mustn’t give money to *every* campaign: but this was a wise choice for any serious (One Nation Conservatives).”

Other Conservative MPs voiced support for the change in direction, with Bob Seeley tweeting: “I welcome the Government’s announcement to introduce a Covid summer school fund to help feed children during the holidays.

Jason McCartney tweeted: “Great news! Huge thanks to @MarcusRashford and to the Government for listening.”

Mayor of London Sadiq Khan said: “Sensational. @MarcusRashford – you have changed the lives of hundreds of thousands of children. A true national hero. Thank you.”

Labour leader Keir Starmer said after the news: “This is another welcome u-turn from Boris Johnson. The thought of 1.3 million children going hungry this summer was unimaginable. Well done to @MarcusRashford and many others who spoke out so powerfully about this issue.”

Fans online also praised the star for forcing through the change.

One said: “You’re a credit to your mum, your family and your community, Marcus.

“This is not just a victory for collective common-sense, this is YOUR victory. Thank you. Children around the country need not go hungry this summer.”

Another said: “In tears here. Thank you, Marcus, for caring for others. You didn’t forget what you went through.”

Another added: “Because of you, me and my friends will continue to receive support through the Summer. Thank you.”

Child Poverty Action Group charity’s chief executive Alison Garnham said: “For many families struggling in the wake of Covid-19, free school meal replacements will make the difference between staying above water or not in the months ahead. The headteacher of Marcus Rashford’s former primary school has spoken of the community’s pride, too.

Headteacher Emma Roberts said the Manchester United footballer was already a “hero” to children at Button Lane Primary School in Wythenshawe, which has twice the national average number of pupils eligible for the free school meal scheme.

She told the PA news agency the 22-year-old striker continued to be part of the community where he grew up and often visited the school.

“He is like a hero to the children,” she said.

“I think they all feel like he’s their friend.

“He’s somebody close to them who is inspirational and they can aspire to be like.

“Yes, he’s a good footballer and he’s playing for England, but he’s also an inspiration in how he lives his life.”

Writing in The Times yesterday, the England striker said: “Today I focus on a trophy that stands for something much bigger than football.

“A U-turn on the decision to stop the free food voucher scheme continuing over the summer holidays could help us reach the next round but we still have a very long way to go as a country to eventually lift the trophy.

“In this case, the trophy is combating child poverty.

“I don’t claim to have the education of an MP in parliament, but I do have a social education.

“I am clued up on the difference a U-turn decision would make on the 1.3 million vulnerable children across the UK who are registered for free school meals because 10 years ago I was one of them.”

He wrote an impassioned letter to the PM and Boris Johnson urging them to make a change.

Work and Pensions Secretary Therese Coffey risked inflating the row with a spat on Twitter – and she was forced to row back and clarify her remaks.

Rashford tweeted: “1. When you wake up this morning and run your shower, take a second to think about parents who have had their water turned off during lockdown #maketheuturn“

But Ms Coffey replied to another journalist’s tweet saying: “Water cannot be disconnected though.”

Rashford in turn wrote back: “I’m concerned this is the only tweet of mine you acknowledged. Please, put rivalries aside for a second, and make a difference #maketheuturn.”

Following their earlier exchange, Ms Coffey tweeted a further message to Mr Rashford, adding: “Hi @MarcusRashford, I welcome your passion for supporting children and the most vulnerable in society – a passion we share. We are working to the same aim. I & this Govt will continue to actively help and support families and businesses through this emergency and beyond.

She added: “We supported people renting and ensure they cannot be evicted & intervened with electricity suppliers on bills. We have kept schools open for vulnerable children and those of key workers. We will continue to support the economy and help all of us get through this.” Did you miss our previous article…
https://www.hellofaread.com/politics/murderers-will-be-outlawed-from-using-the-50-shades-rough-sex-as-a-defence-in-court-minister-says/

Harry and Meghan urged to pay £8million security bill as 90% of Brits and...

Prince Harry and Meghan Markle to announce new brand and charity this week on...