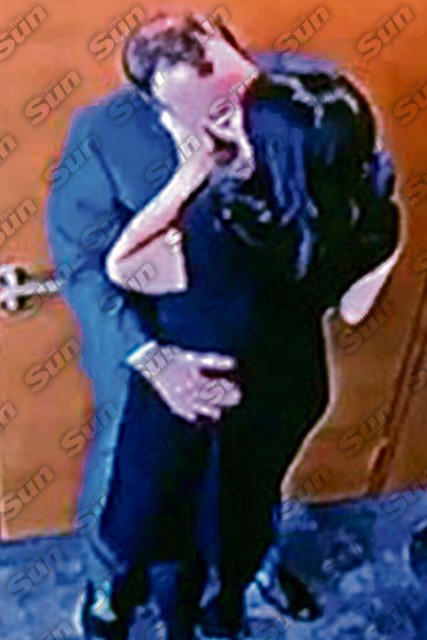 MATT Hancock has been reported to police by a Labour MP over possible breaches of Covid social distancing rules with his secret lover, it’s claimed.

The shamed ex-Health Secretary was referred to the Met after being caught kissing government aide Gina Coladangelo, it’s reported.

But police are refusing to investigate and say they aren’t probing “Covid related issues retrospectively”.

Labour’s Shadow Housing Secretary Lucy Powell told Sky News: “My colleague Fleur Anderson has referred this to the police because she wants to know, we want to know, whether Matt Hancock did break the law in his actions.

“At the time, you’ll remember, when this video was taken, we were all told we could only have close contact with those that we were in a bubble with.

“That was the law at the time. Yet it now turns out that Matt Hancock was actually in two bubbles at the same time, unbeknown to other people in that bubble.

“That is how infections spread. Yes, there are serious issues here that need further investigation and we will be looking at those.”

She added: “You can’t have the rule-maker being the rule-breaker.”

Married Mr Hancock was branded a hypocrite for canoodling with his mistress despite preaching to the nation to hug “carefully”. The pair were seen kissing and cuddling in a ministerial office He has insisted he didn’t break any rules in hiring Ms Coladangelo to her £15,000 a year part-time advisory post.

Mr Hancock resigned after humiliating footage of his romantic clinch with the senior aide was published by HOAR.

Meanwhile, a senior minister said today that Mr Hancock was forced to resign after being warned of the “groundswell” of public anger against him.

Justice secretary Robert Buckland insisted his shamed former Cabinet colleague had made the “right” choice to fall on his sword.

Mr Buckland revealed that fellow ministers believed Mr Hancock had no alternative but to resign.

He said: “The circumstances became overwhelmingly clear that credibility was at stake.

“As the hours went by it was clear there was an understandable groundswell of concern about how important it is that those who set the rules keep to them.

“It took a day or so but the right outcome was achieved and it was correct for Matt Hancock to resign.”

Mr Hancock’s wife Martha thought their marriage was “happy and stable” and was even Facebook friends with her husband’s lover, it emerged last night.

She had no idea that her husband of 15 years was having an affair until he broke the news on Thursday night and announced their marriage was over.

Mr Javid will update MPs today on when lockdown restrictions will be ended. Mr Hancock finally fell on his sword admitting he had “let down” the millions who had made painful personal sacrifices during the pandemic.

Friends of the former Health Secretary say his relationship with Ms Coladangelo is “recent but serious”.

A downbeat Hancock also said in a video posted to Twitter: “I understand the enormous sacrifices that everybody in this country has made – that you have made.

“And those of us who make these rules have got to stick by them and that’s why I’ve got to resign.

“I want to thank people for their incredible sacrifices and what they’ve done.

“Everybody working in the NHS, across social care. Everyone involved in the vaccine programme.

“And frankly everybody in this country who has risen to the challenges that we’ve seen over this past 18 months.”

Meghan Markle once shared her favourite Thanksgiving recipes to make you feel like...