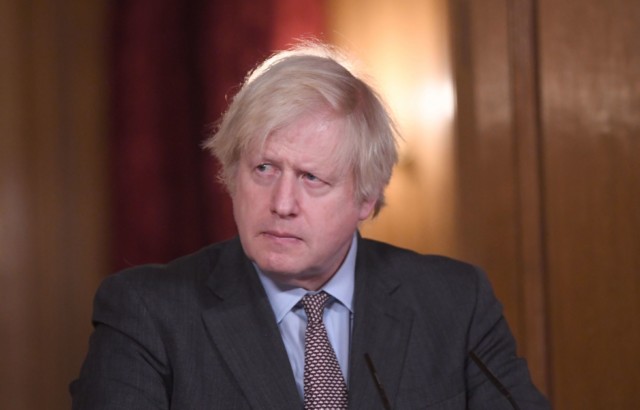 Boris Johnson said the Health Secretary will finally give details of the scheme, which will initially apply to arrivals from 30 high-risk countries.

Speaking at a press conference tonight the PM insisted Britain is already operating a “very tough” set of border controls to keep new variants out.

And he insisted it is unrealistic to think the UK can ever completely close its borders because we rely so heavily on imports of food and medicine.

Speaking at a Downing St press conference, he said: “We have among the toughest border regimes now anywhere in the world.

“We’re restricting as much as we can any risk of importing new infection into this country without totally secluding the UK economy.”

The PM said Britain gets 75% of of its medicines from Europe and 45% of food supplies from overseas.

Meanwhile, some 250,000 businesses here in the UK rely on imports for their survival. He added: “So we can’t cut ourselves off completely, but what we can do is say it’s illegal to go on holiday, which it is.

“It’s illegal to come to this country from a great list of countries around the world, and if you do come here from one of those countries you will be taken and put in special accommodation.

“You’ve got to take a test 72 hours before flying, you’ve got to do a Passenger Locator Form, and you can be kicked off the flight if that doesn’t happen.

“And then you’ve got to quarantine and you’ll have the isolation service on your case for 10 days.

“So we are operating a very tough regime already within the limits of what is possible given that we’re an economy that depends on trade and access to the world.” Matt Hancock will announce the details of the plan Ministers want to reduce the number of arrivals to Britain

The PM’s remarks come after he insisted ministers had not ignored advice from Sage scientists to apply a blanket hotel quarantine for all world travel.

In a fiery exchange with Labour leader Sir Keir Starmer, he said: “It is not practical completely to close off this country as he seems to be suggesting.

“What is practical to do is have one of the toughest regimes in the world and to get on with vaccinating the people of this country.”

But both the PM and the Health Secretary have still been unable to say when the hotel quarantine system will come into force.

Under Government plans arrivals from 30 high risk countries including South Africa and Brazil will have to quarantine in hotels near airports.

But yesterday Nicola Sturgeon heaped pressure on ministers to go further by announcing Scotland will apply the policy to people coming from everywhere.

She said: “The firm view of the Scottish Government is that in order to minimise the risk of new strains coming into the country, managed quarantine must be much more comprehensive.

“So, I can confirm today that we intend to introduce a managed quarantine requirement for anyone who arrives directly into Scotland, regardless of which country they have come from.

And she added: “We will continue to urge the UK Government to adopt a similar comprehensive approach.

“However, if they don’t wish to do so we’ll ask them to work with us to reduce risk of people travelling to Scotland via airports in the UK.”

Mr Hancock and Home Secretary Priti Patel are understood to be pushing within Cabinet for an equally hard line covering the whole of Britain.

Messi could potentially be barred from UK after Brexit if Barcelona draw English side...

Some 25,000 Brits were killed by Covid because Boris Johnson delayed the latest lockdown,...